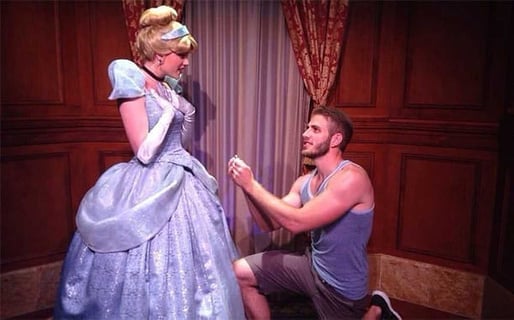 As humans, we have evolved to compete. Indeed, we compete for everything from jobs to parking spots. But perhaps the biggest competition we face is in the race for the best mate.

Of course, the “best” mate means different things to each gender. Men tend to prefer youth and beauty while women are attracted to the breadwinners. This makes sense when you consider the “survival of the fittest” mantra of humankind.

Both of these are related to the survival of your adorable, little offspring. Youth and beauty in a woman indicates fertility, and a fat wallet in a man’s pocket indicates resources to feed those hungry little mouths.

But what about people for whom fertility and money are not enough? What about people who date outside of their league? Why do some people aim for the Adrianna Lima or the Bill Gates type, when a perfectly attractive woman and a financially solid man may live right in their middle class housing development?

They do it because they can.

At least they have the self-confidence to try. Humans love to organize themselves in hierarchies, and sexual alliances are the best way to climb the ladder and jump social classes.

Think poor Cinderella who earned a prince or the Rapunzel from Disney’s “Tangled” who elevated a street thief into royalty. But there is a downside of dating outside of your league. It doesn’t always work out.

Social class clashes are a common impetus to divorce. And attempting to climb too high on that ladder can knock you down, leaving you scrambling to close a romantic deal as your biological clock ticks down.

That’s why most people safely date within their league and the competition for mates becomes one of vying for the top dog or dogette within a particular social group. It’s the best way to ensure that your offspring will survive while minimizing the risk that you will end up mate-less.

Have you ever wondered about those who date down?

For instance, the educated, successful man with the less educated, less attractive wife or the hot woman who marries a bum. That’s when personal psychology trumps anthropology.

There are many reasons for people to date down, from low self-worth to highly compatible attachment styles.

Some people choose a mate who is “less-than” to insure loyalty and prevent cheating. Others have a distorted self-image and believe that dating down is actually peer dating.

Then there are those who simply fall “in love.” What I mean by that is they have complimentary needs in terms of care giving, care receiving, emotional intimacy and sexuality.

And when you’ve got all that, who needs money and fertility?

How to Spot a Bad Girl