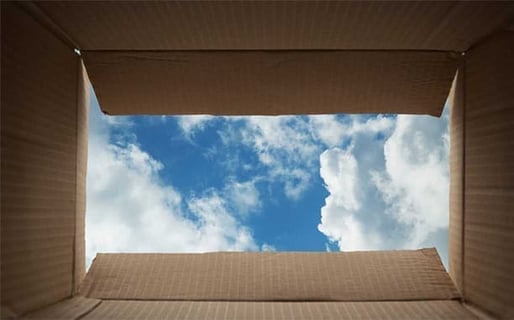 Are Open Relationships a Good Idea?

Relationships exist in a multitude of forms and fashions, tailored to best suit the people in them. Couples in an open relationship remain mentally and emotionally committed but are free to explore other interests sexually. This can conceivably become a rather tricky situation to navigate. Here’s a few points to consider before you decide to take the step in opening up your relationship.

One of the most common reasons couples decide to leave their relationship open is they’re dating long distance. Being satisfied sexually is a hugely important part of a healthy relationship, and most people need some form of physical affection to feel normal.

When one partner is away, engaging in an open relationship can make sense. In this case, you should be ready to have a brutally honest conversation with your boyfriend about boundaries. It’s difficult to imagine your man with another woman, but you’ll have to manage to find out what you can tolerate and what would be off limits. With communication and honesty, an open relationship in this situation could work out.

If you find yourself craving the affection and attention of other men while your boyfriend is by your side, suggesting taking on additional partners could be hurtful. For some people, it works. But for most, this loss of intimacy is often the beginning of the end of a relationship. If you find your mind wandering astray, maybe try turning inward and facing the issues with your partner before pulling in other people.

Open relationships really work for some couples, but for those that it doesn’t, there’s often no going back. One of the easiest missteps is allowing one partner to pressure the other into seeing other people. For an open relationship to work, both parties have to be on board and have to be of the right mindset.

A lot of people, especially women, have a hard time differentiating between sex and the emotional components of a relationship. There isn’t anything wrong with feeling this way. Before you agree to an open relationship, be honest with yourself about whether you’re doing this because you want to or because your partner wants it. Even if you don’t normally consider yourself the jealous type, it’s OK to not want to share. Conversely, if you’re the one that suggested the relationship, make sure it’s really something the other person is OK with and would enjoy before you set out.

If an open relationship doesn’t sit right with you, don’t feel like you have to agree to it to keep your boyfriend around. If you do, then maybe he wasn’t someone worth holding on to in the first place. To feel confident and sexy in a relationship, you need to feel comfortable, and you need to be able to trust the other person. If opening up your relationship is going to take that away from you, it’s best to stay away.

By the same token, if an open relationship works for you and works for your partner, don’t get bogged down in other people’s judgments. It’s OK if your friends don’t get it or think it’s a bad idea. They don’t live inside your head. Relationships are weird. They are the best kind of weird, but they’re all weird nonetheless. Do what works best for yours.

What Do Women Get Out of Open Relationships?

How Do I Talk to My Partner If I Want to Open Up Our Relationship?

How Does Safe Sex Work in Open Relationships?