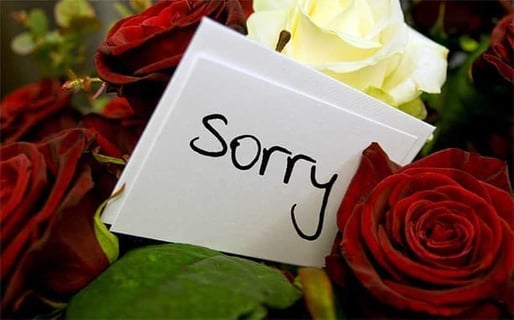 How to Know When to Forgive Him

Clergyman, social reformer and abolitionist, Henry Ward Beecher, once said, “I can forgive, but I cannot forget, is only another way of saying I will not forgive. Forgiveness ought to be like a cancelled note — torn in two and burned up, so that it never can be shown against one.”

Deciding when to forgive a date, boyfriend or husband is difficult. You are not only being asked to forgive, but in order to move on, you also need to forget. Of course, the choice of forgiveness should be weighed against the nature and severity of the offense. Here are some examples for women on situations when it’s OK to forgive, forget and move on.

He cheated on you. Well, unless you’re Gandhi or Mother Teresa, good luck forgiving or forgetting this one. The ultimate sin a man can commit against the lady in his life is bedding another woman. It is completely understandable if you can’t find a way to move on from this — no matter how much alcohol he says was involved. If you do decide to forgive, just remember that you will probably never be able to look at him the same way again.

He’s an hour late for your date. If he has a really good excuse like, “I got rear-ended when stopping abruptly for a mother duck and her ducklings” or “My sister needed me to pick up my sick niece at school and bring her to the doctor,” then let it go. If your boyfriend or husband can’t even come up with an excuse other than “I lost track of time,” then get pissed. Put him in the doghouse, demand a full-body massage and move on. If it becomes a habitual offense, then you will have to reevaluate if you’re ready to forgive and forget.

He gets drunk and picks a fight with your sister on Christmas Eve. This is a tough one. There are a lot of things to take into consideration. Was your sister asking for it? I mean was she just absolutely poking and prodding until he completely lost it? If the answer is yes, then let it go. A lot of family holidays include free-flowing booze and overindulgence. On the other hand, if the reaming was unsolicited and it looks like your guy just has a hard time holding his liquor and his tongue, then feel free to get pissed. Like lateness, drunken behavior and signs of anger can be forgiven and forgotten on the first offense. Repeat offenders need to be sat down and given a talking to.

Forgiveness is one of the most difficult parts of being human. We are programmed to look out for ourselves, and when someone is threatening us, it’s hard to find forgiveness for that.

How to Make Up with Your Boyfriend