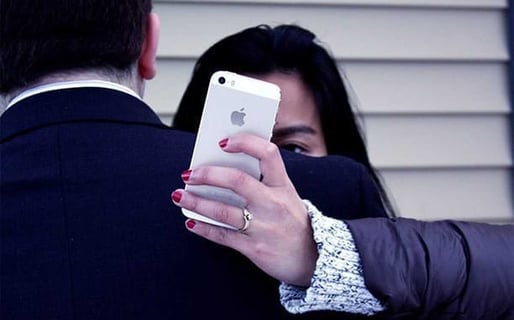 The boundaries of cheating are rarely clear cut. After all, actions that one couple considers cheating may be openly pursued as nothing more than “harmless fun” by another couple. Not only does each couple each have their own rules for what’s considered appropriate or inappropriate behavior, two halves of the same couple may hold radically different opinions on what constitutes “stepping out.”

And for many pairings, the Internet has made the lines separating cheating and faithfulness all the fuzzier.

Figure out what “cheating” actually means.

Because there’s no single over-arching checklist that all couples need to follow to determine whether they’re acting faithfully or not, it’s up to each couple to set their own internal relationship boundaries.

Most couples never bother to set down these rules because defining “cheating” requires submitting to at least one or two uncomfortable conversations. There’s a good chance that you and your partner actually have differing opinions about how you expect each other to act outside of the relationship, and the sooner you both lay it all out on the table and line up your requirements, the better.

As uncomfortable as this conversation may appear, it will never hurt as badly as having you or your partner’s feelings crushed due to confronting your misaligned expectations the hard way.

Once the two of you agree on a set of relationship guidelines, you will have a clear and unquestionable definition for cheating.

“The intentional aspect of online flirting increases the chances

of “slipping” to a point where your flirtation becomes a real threat.”

Should flirting count as cheating?

When you are drawing up the boundaries of your relationship, you will inevitably have a difficult time figuring out whether flirting counts as cheating. While it’s fairly easy to agree on physical boundaries with other people, it’s much more difficult to decide when conversation crosses the line.

Sharing sexually charged conversations outside of your relationship is both inevitable and harmless. In fact, flirting with other people is often a healthy way to express your attraction without taking things too far. While everyone’s jealousy thresholds are different, most of us agree that referring to a little light flirting as “cheating” is totally uncalled for.

Why online flirting can be a real problem.

One of the biggest reasons flirting is innocent lies in the fact that most flirting is spontaneous. You meet someone whom you share a charged connection with, and all of a sudden you find yourself flirting with them.

But what happens if you begin to actively seek out men to flirt with? What happens when flirting switches from something unexpected to something intentional?

Intention is the reason why online flirting is often a bigger problem than normal day-to-day flirting. Most online flirting is sought out. If you’re in a relationship and you decide to join a singles site, or some other forum or chat service where the whole point is to flirt with other people, you’re doing the same exact thing as going out to bars and clubs on your own to find men to flirt with in person.

Is this cheating? In and of itself, no, this won’t count as cheating. But the intentional aspect of online flirting increases the chances of “slipping” to a point where your flirtation becomes a real threat.