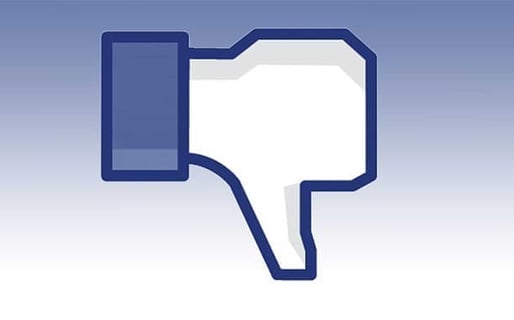 When it comes to Facebook, it’s easy to start cyberstalking a guy we like, checking up on him every hour to see what he’s up to. Before we know it, we’re looking at every one of his friends’ profiles, trying to find clues and get him all figured out.

We ask ourselves, “Are any of these women his ex? Is he currently sleeping with any of the hot blondes on his friends list?” If we’re not careful, we can let sites like Facebook consume our lives.

On the other hand, social media allows us to gather information about a guy based on what he is posting or by viewing his profile preferences. There is an infinite amount of elements that can distract you from what’s really being said while in the physical company of a man you’re interested in. Facebook helps you stay focused on the fundamental message a man is trying to send you rather than getting lost in the details.

Social media gives people a platform to be very open , which is why it’s so easy to identify suspicious behavior on the Internet. In today’s crazy world, there is nothing wrong with using Facebook to check up on your sweetheart. Seeing what he has to say in his daily dealings with others is a fast and easy way to find out if he’s raising any red flags.

During your super-sleuth investigation, here are few examples of Facebook behavior you should raise an eyebrow at:

1. He leaves posts on another woman’s profile.

If you and your man are exclusive, you should be alarmed if he is having regular conversations with other women, no matter how innocent they seem. A man should respect you and your relationship at all times, even in cyberspace. It is inappropriate for your man to be flirtatious with another woman, even if it is over the Internet.

wrong, it probably is.”

2. He deletes comments you leave on his page.

In the early stages of getting to know a guy, I intentionally leave comments on his Facebook and Twitter pages to see what he does with them. I will post, “Sure had a fantastic time last night. Enjoy your day!” If he deletes that kind of message, it’s a dead giveaway that he is obviously hiding something or is involved with someone else. Usually, when a guy deletes your posts, it means he doesn’t want someone knowing he has been in your company, most likely a girlfriend or wife.

3. Some random girl regularly puts comments on his page.

Those posts might be about nothing more than the weather, but unless she is a long-time friend you trust, women who contact your man should be seen as dangerous. If you see that he and a particular female friend are chatting back and forth, you have every right to be suspicious. She is most likely feeling out the waters to see if he is available.

4. He comments on other women’s pictures.

Unless he is looking at pictures from a night the two of you spent with friends, your guy should not be browsing other women’s pictures, let alone leaving comments! If a guy is posting remarks on the photos of other women, it means he was first “just looking” and happened to come upon an opportunity to make contact with a foxy lady. You should feel quite uneasy when you see that your special someone is going gaga over another girl’s picture.

5. He has bizarre friends and likes.

If the guy is into strange and unusual things, pay attention to your apprehension. If he is fond of the very things you find repulsive, you would fair well to move along and find a man better suited for you. For instance, if you disagree with pornography and he follows a number of X-Rated movie stars, you should probably be guarded with the guy.

If, for whatever reason, you feel suspicious about the guy you’re seeing, do some digging around and get to the bottom of things. A woman’s intuition never lies. If you feel like something is wrong, it probably is. Listen to that little voice telling you to beware, and take heed of whatever warnings the universe has bestowed upon you.