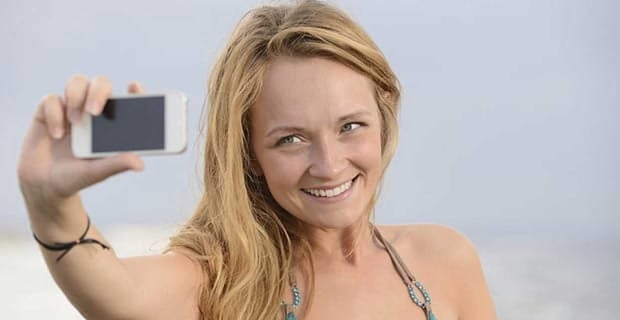 Technology has become the modern day Cupid, providing singles with access to thousands of prospective mates. But technology also plays a big role in the sex lives of many Americans. Even though texting, Facebook, Twitter and email keep people connected constantly, they lack the ability to nurture intimacy, the most important ingredient in a romantic relationship.

For some people, technology is actually replacing sex.

Whether it’s achieved through pornography, Skype sex or sending a nude photo, tech and sex are closely intertwined and sometimes inseparable.

First of all, online dating is no longer thought of as creepy. It has become the mainstream way for singles to meet and mingle. The consequence of this is that with more potential relationship partners come more sexual opportunities.

Not only that, but it also allows individuals to make comparisons among potential mates based on online profiles. Everyone has quick access to potential partners that may appear to be an upgrade from a current partner, even though in reality they may not be.

“Plenty of people are doing

As a result, singles are doing a lot of dating, but only few are making long-lasting commitments.

Men no longer need to pick up a phone and dial a number to court a woman. Instead, they can send a text (or even a mass text to several women.)

Phone calls may seem outdated but they provide a more intimate form of communication than text. In fact, texting is a strategy many people use to create emotional distance while still staying in touch enough to obtain sex.

Text is much more preferred by men than women, and it may behoove a woman to train a man early on in a relationship to call instead of text.

Phone training is simple. Ignore the bad behavior and reward the good behavior. The key is to respond to his first text with a brief, friendly message saying that you prefer phone calls over texting.

If he doesn’t get the message, don’t respond to his texts. When he finally calls, don’t give him grief. Put a smile in your voice and tell him you were just thinking about him.

Sexting and sending nude photos are other trends among daters, thanks to technology.

The widespread use of online pornography by men, much of it consumed on a smart phone, is wiring many of them to turn every woman’s text into an electronic erection.

I usually advise women not to satisfy his requests for a naked photo. This photo may be all he needs these days.

Technology certainly keeps us in touch and helps connect us with plenty of romantic and sexual opportunity, but it has its drawbacks.

Good enough relationships are discarded when an appetizing profile comes along. And plenty of people are doing far more typing than talking, eroding important routes to emotional intimacy.