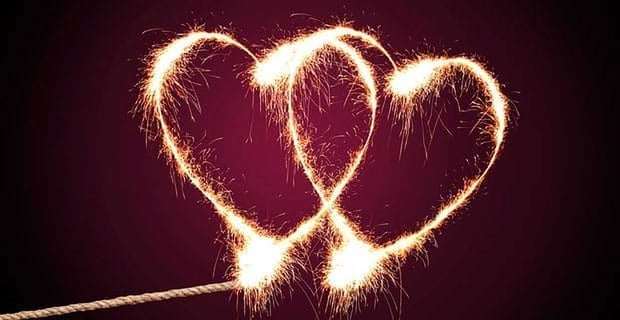 A question for the ages — how do I get the guy I love to say “I love you.” There are many things to consider. For one, is he shy about saying “I love you,” even though he has said it in the past and you know he feels it? Or has he never said “I love you” and you are trying to force those precious words out of him?

If it’s the latter, then there’s more to talk about than those three little words. If you’re trying to “make” your beau tell you he loves you, then you should first take a look at your relationship and why it hasn’t progressed as you would like it to.

Why would you want him to say “I love you” before he’s ready? Pressuring him to blurt out something that important could ultimately backfire. Are you feeling insecure in the relationship, and is that why you think you need to hear those three little words?

2. Be open about your feelings.

Being the first half of a romantic partnership to say “I love you” can be daunting. Uncomfortable. Vulnerable. And brave! You’re putting yourself on the line — wearing your heart on your sleeve so to speak. If you want to create a solid relationship built on trust and honesty, then be open about your feelings.

“Don’t try and force someone

into telling you they love you.”

Tell him you love him, and don’t expect anything in return. Say it because it’s true, and he should know how you feel.

3. Give him more time if he needs it.

What if it’s been weeks since you told him you love him and he’s been acting weird ever since? That means it’s time to sit down and have a talk. Let him know what you’re feeling and that it’s totally fine if he needs more time to say “I love you.” It’s rare that two people in a relationship are ready at the same exact moment.

Forcing the issue won’t accomplish anything. Do you remember that TV show “Buffy the Vampire Slayer” from years back? Well, there’s this line that Spike (the “bad” vampire) says to Buffy (the heroine) and it goes like this:

“When I say ‘I love you,’ it’s not because I want you or because I can’t have you. I love what you are, what you do, how you try. I’ve seen the best and the worst of you. And I understand with perfect clarity exactly what you are.”

Wouldn’t a line like that be worth the wait? Don’t try and force a guy (or a girl, or anyone) into telling you they love you. The words need to be genuine if they’re to last. I promise, the “I love you” will be that much more amazing if your partner is given the time and space to say it in his own way. Be patient, and give him the safe space he needs to feel comfortable expressing love.

How to Know He is Boyfriend Material

How to Tell a Man You Want to Be Exclusive

How to Turn Him On