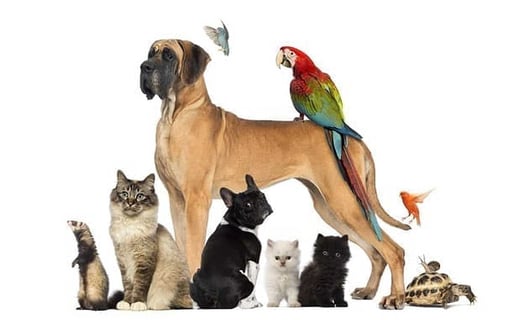 What a Guy’s Pet Says About Him

When was the last time you remember reading an answer to this simple question on a dating site, “How do you feel about man’s best friend?”

Believe it or not, a man’s relationship toward animals is very telling of his value system, his perception of the world and his own moral character. Almost everything you need to know about a guy is found in the answer to one question: How does he treat his pets and other animals?

If you watch how a man treats animals, you will learn far more about him than you ever could over dinner or coffee. Red flags will quickly arise when you see certain behaviors, and there are warning signs that will help you identify when it’s time to send your guy packing.

His Interaction With Animals Reveals Who He Is

One of the most important qualities we look for in a man is his ability to fulfill the role of provider. We want someone who is strong but also sensitive and compassionate. We’re looking for a man who is firm but fair. We truly wish to find a man who is loving and loyal, a soul mate we can entrust the care of our children to.

When we see a man’s love for his pet and observe his willingness to take care of and respect another living creature, we see a little slice of heaven. If you notice that he cares passionately about providing a safe, clean, and fun environment for his pet, whether it’s small, like a fish, or large, like a dog, you’re in good hands.

“Somehow, a guy’s personality  manages to

shine through with the name of his pet.”

This demonstration of unconditional love translates into every area of a man’s life, every relationship. We should always gravitate to a man who has a reverential respect for wildlife and treats domestic animals with kindness, and we should always feel repelled by a man’s mistreatment of animals.

Many men are avid animal lovers and enjoy the company of a dog or cat just as much as women do. When you watch a man interact with his pet, you get a glimpse into how he will treat his children.

What Kind of Pet Does He Have?

You can also tell a lot about a man based on what kind of animal he chooses for a pet. While many women are willing to accept a man and whatever exotic animals come along with him, the rest of us draw the line with cold-blooded creepy crawlies. Be sure you know where you stand on having certain pets. If you are particular, you may find that a man keeping a python in an aquarium is a deal-breaker.

Know where you stand on animal rights issues, hunting and vegetarianism. If you’re the kind of chick who enjoys skinning raccoons or some such thing, good for you! There’s a man out there who is perfect for you and will skin them right alongside you. But if you’re a vegan, for example, you wouldn’t want to date a guy who slaughters cows for a living. Educate yourself about proper pet practices so you can recognize a problem when you see one, and don’t let a man define what you believe about animals.

What Your Dating Wardrobe Says About You

Could You Be the Next Jodi Arias?

3 Tips If You’re Dating a Guy with Little Money