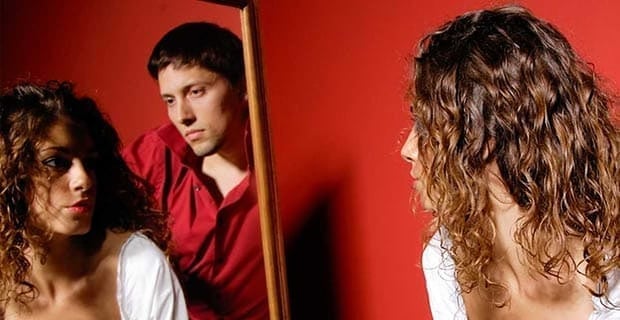 As a man who works hard to hone his sensitivity, I’m well aware that every woman (and every man) in the world has at least one or two body issues. I’m aware that even the world’s most conventionally beautiful and physically attractive women can, at a moment’s notice, rattle off a full catalog of “faults” they’ve identified with their bodies.

I know the opinions of men, the media, and even other women often contribute to your feelings of insecurity. I know that even on those days you feel on top of the world, it often doesn’t take more than a single comment or unfavorable glance to make your self-esteem come crashing back down.

I also understand that when you’re feeling bad about your body, there isn’t a whole lot anyone can say or do to alleviate your concerns. But as a man, I’m here to tell you that the worthwhile partners who choose to be with you have no problem with any of those supposed “imperfections” you keep tucked away in the back of your mind.

To put the matter very simply — if a man chooses to be with you, then he’s attracted to you. If a man wants to date you, to sleep with you, to make you some part of his romantic life (whether small or big), it’s because he finds you physically attractive.

No worthwhile man will go out with a woman he isn’t physically attracted to, which means a man’s very presence in your life is rock-solid proof that all of those little “problems” you see in your body don’t mean much of anything to him, even if he’s acutely aware of what makes you feel insecure.

If a man doesn’t find you physically attractive but continues to date you, then he is the one with problems and not you. A man with low self-esteem who dates a woman he isn’t attracted to will either try to change her with negative reinforcement, or he will fail to give 100 percent of himself to the relationship.

Whether he acts abusive or simply indifferent, any boyfriend who doesn’t actually find you attractive needs to be kicked to the curb ASAP.

you from giving yourself fully to a man.”

The beauty of how we are wired.

If the media alone provides you with all your cues on what it means to be an attractive woman, then you will believe there are only one or two bodily archetypes that attract men.

Every man has his own concept of a woman’s “ideal body,” and most men actually have a few different types of women they find wildly attractive.

It’s impossible to say whether this wiring comes from biology, psychology, evolutionarily developed hip-to-waist ratios, or an elementary image burned into a man’s brain at a young age.

It’s impossible to predict what any given man will find attractive, negating the purpose of comparing yourself to a single, seemingly monolithic ideal in the first place.

And yes, there are even some men who have such an expansive view of attraction that they are more interested in the immaterial connection with their partner more than that woman’s particular look.

It’s natural to feel insecure from time to time, but never let your insecurities prevent you from giving yourself fully to a man who demonstrates, with his actions, his attraction for you as you are.

6 Ways to Prepare for a First Date