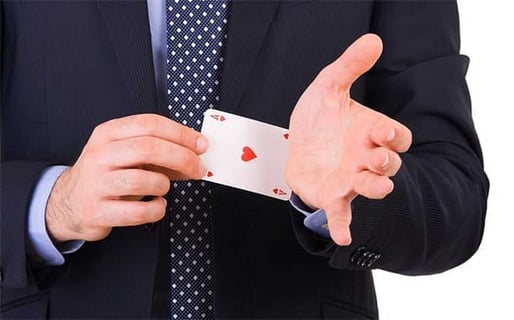 3 Signs He is Cheating on You

No one wants to consider the possibility their man may be cheating on them, but at one point or another, with one partner or the next, every woman has experienced the creeping dread brought upon by suspected unfaithfulness. And, unfortunately, these suspicions are occasionally true.

There are very few ways to know beyond all doubt whether your man has cheated, but the following cues provide grounds for pressing the matter.

A man naturally wants to keep some parts of his life to himself. A man needs time alone, and a man specifically needs regular time away from his woman. If you want to keep your relationship vibrant, exciting and mutually fulfilling, you won’t try to shine a 10,000-watt halogen lamp over every aspect of his life.

Yet, while a man needs sole ownership over certain aspects of his life, he doesn’t need to act extremely evasive. If a man never tells you where he is, where he has been, where he is going, or what he is doing and with whom, then his actions justify your feelings of concern. A little mystery and privacy is healthy, but a complete refusal to let you in indicates larger problems within your union. Even if your man isn’t cheating, you need to shorten this void between the two of you to save your relationship.

“Cheating men who feel secure in your faithfulness

may also turn the accusations back against you.”

When a man protects his phone or his computer, then his devices contain something he doesn’t want you to see. Sometimes this something is relatively innocuous, an aspect of their life or their personality they feel ashamed about. But if an otherwise confident, comfortable male feels concerned over his girlfriend accessing his devices, that male may be hiding evidence of cheating.

Keep in mind, most men who cheat practice their indiscretions cleverly enough you won’t find much dirt even if you do snoop on their devices. These men will compulsively clear their chat, messaging, picture and browsing history, they will keep their email, Facebook and mobile accounts locked at all times, and they will have immediate explanations to account for whatever strands of strange data you find.

If your man is careless enough that you do discover evidence of cheating on his communication devices, there’s a good chance he wanted you to find that information.

Just as liars often believe everyone else in the world also fibs constantly, cheaters often believe their partners step out on them just as habitually as they themselves stray. People who cheat inhabit a psychological reality where cheating is not only common, it’s expected. By contrast, faithful men and women are often blindsided by a cheating partner because they inhabit their own psychological reality where such actions are rare and often nonexistent.

Cheating men who feel secure in your faithfulness may also turn the accusations back against you as a simple way to deflect the charges and to control you emotionally by making you feel guilty for distrusting them in the first place. Either way, if your man groundlessly accuses you of cheating, you immediately gain solid reasoning to believe they acted unfaithfully toward you.

There are valid alternative explanations for all of these triggers for your suspicions, so don’t take any of them as unimpeachable “proof’ your man is cheating on you. Instead, consider them the evidence you need to investigate further and to broach the issue with your man.

Is it Relationship Suicide to Date a Former Cheater?

Why Some Men Cheat and Most Don’t [Video]