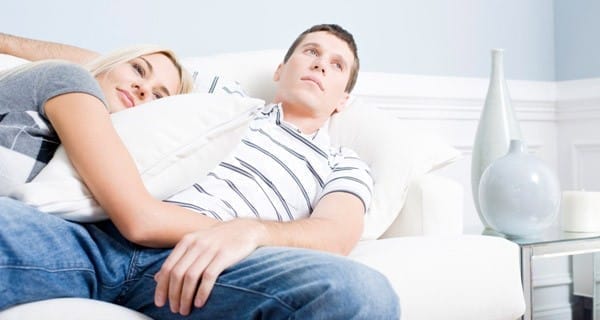 First off, I’m not talking about basketballs or footballs here. Let’s get that straight. Some people may have wondered if the size of a dude’s balls has any relevance to anything other than, well, sexual performance.

In fact, as far as I know, the size of the scrotum has little to do with sexual performance or even fertility. But ball size is a giant indicator for anthropologists about the sexual behaviors of a particular primate species. And we’re primates, you know.

Ball size can determine how much monogamy exists in a species.

Ball size, relative to body weight, can help researchers determine how much monogamy or promiscuity exists in a species, though not an individual (sigh).

Consider a chimpanzee: Hugh balls. Relatively small body size. A large degree of promiscuity. Orangutans, on the other hand, though they’re quite enormous creatures, have tiny balls relative to the size of their enormous body. And they’re sweeter than sugar. Those small balls translate to monogamy, making them great lovers and parents.

So where do humans fall?

Humans tend to fall in the middle of the spectrum when it comes to ball size. Anthropologists like to say that we have a system of “perceived monogamy.” That means we have a wide range of sexualities.

Some men (and women) are completely monogamous. Other men and women are quite randy and gadabouts. And the rest of us fall somewhere in between.

We also have the widest range of paternal investment of any primate. Some men’s contribution to fatherhood is little more than one teaspoon of sperm, while others are carpool-driving, baseball-coaching, baby-wearing dads.

And there’s everything in between, dads who just send the yearly birthday card, the ones who see their children weekly, the ones who inconsistently attend their kids’ soccer game.

So ladies, it’s important to choose men wisely, especially if you’re giving him the gift of parenthood. Over one quarter of children today live apart from their fathers. Research shows that children who are raised without a father have worse health, lower academic achievement, worse educational experiences and less parental involvement in school activities.

“If he doesn’t empathize well, this could affect

his ability to empathize with your feelings.”

Here are some characteristics that are red flags and are good signs he’s a cheater:

Research also shows that more educated men and men with a higher IQ are less likely to cheat.

Men with this style of attachment struggle to get emotionally intimate with a partner. Cheating can give them a feeling of freedom and distance and help them avoid commitment.

4. A man who makes way more or less than you

One study showed that the bigger the gap in incomes, the more likely a man is to cheat. If you make a lot more than him, his male ego as protector and provider may be threatened. Therefore, he’ll seek out a woman who makes him feel like an alpha male.

If he doesn’t empathize well, this could affect his ability to empathize with your feelings of betrayal, making him more likely to have affairs.

But as for his ball size? Absolutely no relationship to a man’s individual ability to be monogamous nor his inclination to be an involved father.