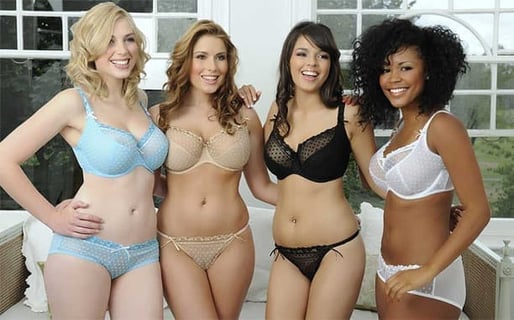 Dr. Wendy Walsh was recently on Fox News discussing why stressed men find heavier women more attractive, which was picked up by The Daily Show with Jon Stewart in the Moment of Zen segment. To learn where Wendy was coming from, here is a great article with more information.

Wondering if model-thin is the only way to attract a mate? Maybe a calm and collected boyfriend is seduced by a clothing hanger. But if you are willing to entertain a stressed-out hunter, the secret may be to pack on a few extra female pounds.

A new study out of the University of Westminster in London showed that men under stress rated photos of curvy, voluptuous and downright meaty women much higher than the twiggy type, and what’s more, they even found a wider range of full figures to be more attractive.

A wide hip-to-waist ratio is a signal of reproductive fitness.

Evolutionary psychologists speculate that a man under stress reverts back to a hunter in a harsh environment with a last ditch effort to survive by depositing his baby juice in a healthy female.

A wide hip-to-waist ratio is a signal of reproductive fitness. And a bounty of stored body fat can mean the difference between life and death for fetus or breastfeeding newborn.

Psychotherapists might put a more “Freudian” lens on the phenomenon by going to the mommy archetype. Men experiencing stress might envision a warm, cozy, fleshy body as a calming mommy figure. Nothing like some bountiful breasts to soothe a cranky baby of any age.

“If you are a cuddly, fleshy woman, parading in front of men

with high-stress jobs just might emulate this research project.”

The researchers made the male participants feel stressed out by telling them they were on a job interview and had to record a video of their best assets and skills.

Hmmm…might they be hoping for a buxom boss, or were they plotting a run into mommy’s arms? Your call.

Bottom line: The study had only 81 participants so it’s a bit ambitious to apply this small number to the entire male population.

But if you are a cuddly, fleshy woman, parading in front of men with high-stress jobs just might emulate this research project. And, get you a date.