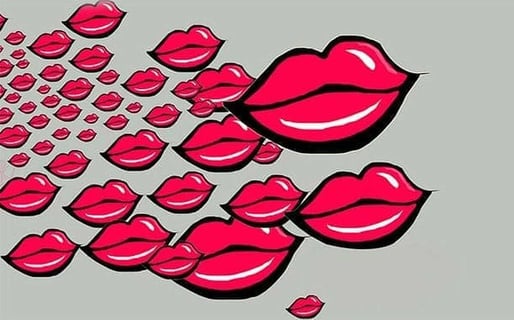 Why You Don’t Know How to Flirt

The world is filled with pretty and interesting women who have a difficult time attracting the desirable men they meet. On the surface, this phenomenon doesn’t seem to make a lot of sense. The fact that there are plenty of seemingly eligible women in the world who can’t pull in quality men appears to defy all reason.

Men and women are different, and the differences between the sexes need to be embraced, not denied.

Discussing the differences between men and women often leads to backlash due to the (unfortunate) fact that women have had to fight hard for equality within our culture, within our economy, and within every other measure of value our society erects.

Seeking equal footing between men and women on the job is a great idea. Expecting men and women to play the same exact gender-neutral roles in their relationships is a recipe for disaster.

When it comes to sex, dating and relationships, men and women need to play complimentary opposites of each other.

chase, then your interaction will remain boringly platonic.”

Does it always need to work out this way? No. But someone needs to play each of these roles, and most men and women seem to prefer embracing the above categories.

Feminine flirting is a process of opening and closing, throwing up walls and exposing vulnerabilities, staying ahead of your man and then slowing down just enough to let him just about catch you.

Simply put, if you want a man to take you, then it’s your job to give him an (not too easy) opening.

You can share intellectually engrossing conversation with a man all you want, but if you never shift back and forth between challenging him and making yourself vulnerable to him, and if you never ultimately let him have you at the end of the chase, then your interaction will remain boringly platonic.

Also, you will never experience that dynamic of rising and falling electrical charges that characterize flirting and which provides the current for a connection that transcends the realms of buddies, co-workers and other forms of sexually-flat relationships.

How to Flirt With Men Online

7 Ways to Get a Guy to Hold Your Hand