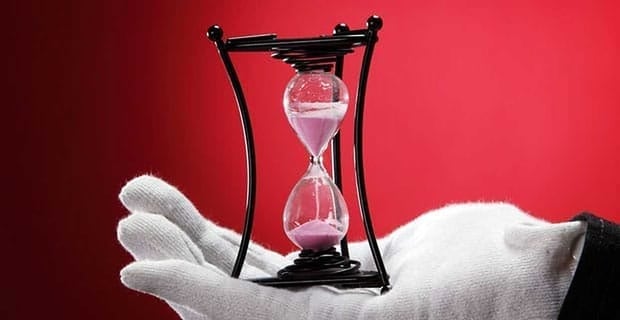 Before you venture out alone into the vast world of cyber dating, I wouldn’t feel good about myself if I didn’t introduce you to someone I like to call “Ghost Guy.” This is the maddening character who doesn’t respond to your flirts, messages, nudges and other methods of online dating protocol. Or worse, you begin to build a rapport with a man who’s caught your eye and he disappears into the abyss, leaving you obsessively wondering what happened.

Ghost Guy is a shady character capable of causing irreparable damage. You must prepare yourself now for the dismal day when Ghost Guy crosses your path, and I assure you that day will come.

If you approach online dating with these rules in mind, you’ll give Ghost Guy a run for his money.

The greatest thing about Internet dating is the safe distance it creates. Respect this space and give men permission to do the same. The physical separation created by cyberspace is a good thing. It allows two people to get to know one another without the complications that come with “traditional” dating. This is great news! It means you can quit at any time for no reason at all and so can he. There are no certainties with online communication and you shouldn’t expect any. It’s an “everything goes” kind of system and you need to know that going in.

Use the distance between you as an asset. The online dating process eliminates awkward silences, weird first dates and a whole lot of melodrama. Plus, this distance can help you identify red flags and avoid hooking up with someone who doesn’t seem quite right. If a man you’ve met online is the one insisting on space, however, let him have it. If Ghost Guy doesn’t want to get any closer or communicate by any other means than the stroke of a keyboard, something’s amiss.

“The bottom line is that no matter how attracted

you are to someone, if he isn’t paying you the

attention you’re seeking, he’s not the guy for you.”

The cyber distance between you and someone else means you do not have to respond to them. Just because someone contacts you, does not mean you are obligated to reply out of a need to spare his feelings. Thank goodness! Can you imagine being forced to respond to every guy who sent you a message? We appreciate this aspect of online dating and men do as well. If Ghost Guy doesn’t get back to you, he doesn’t owe you an explanation and you’re not entitled to one. It’s probably no big mystery anyway. Don’t resort to extremes and assume you’re hideous or boring. Maybe he didn’t pay his Internet bill.

Do not take it personally when Ghost Guy doesn’t respond favorably to you online. There are an infinite number of reasons why he is “ignoring you.” What if you look exactly like his ex and it’s freaking him out? Maybe he sees that you’re a Boston Red Sox fan and his good-for-nothing father is from Boston and he hates all Red Sox fans. Who knows! There is no sense in you wasting mental energy on someone who isn’t making himself available to you. Move on, girlfriend!

Approach online dating with a carefree spiri. Make a decision that no matter what happens online, you will not become jaded in love. If you are brokenhearted and feeling rejected because Ghost Guy is not responding to your emails, you need a reality check. You must be willing to move confidently through the world, and that includes the World Wide Web. Don’t get down on yourself, and don’t stop looking for someone special. He’s out there!

Ghost Guy is gone and you should be glad. Once he makes an appearance, and then a disappearance, Ghost Guy is not coming back. If you are flirting with a guy online, everything seems to be going great, and suddenly he’s missing in action, cut your losses and thank your lucky stars.

Chances are, he was also communicating with other women and got serious with one of them, or maybe he got back together with his ex. I am a firm believer that the universe has a way of eliminating people who are not connected to our destinies.

Now, if Ghost Guy goes away and then comes back, beware. If a guy ditched you once, even if it was online, chances are he’ll do it again. The bottom line is that no matter how attracted you are to someone, if he isn’t paying you the attention you’re seeking, he’s not the guy for you. You don’t want to be with Ghost Guy anyway. It’s Good Guy you’re after!

Has Google Become Your Matchmaker?