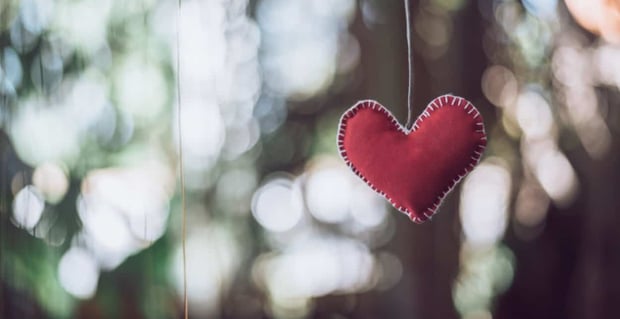 7 Relationship “Lessons” from the Kardashians

In the past few years, the Kardashians have become some of the highest profile socialites in Hollywood. Their lives are constantly on display for the rest of us through countless shows, partnerships and whatever else.

While some might feel the value we place on them is too high, there is a lot we can learn about relationships from the Kardashians. Their “lessons” in love will teach you how to snag the partner of your dreams – well, maybe not.

You can learn what not to do in these seven lessons – one for each of the Kardashian children and Kris!

1. Have kids with someone who breaks up with you often

Kourtney Kardashian and Scott Disick have been together since 2007… ish. Their on-again, off-again relationship has been subjected to multiple breakups.

This hasn’t stopped the two from having kids together, though Kourtney has expressed fear that Scott will break up with her in the delivery room – talk about a catch. But hey, as Scott has said about their relationship, “If it’s not broke, don’t fix it!” Words to live by.

2. Keep taking naked pictures of yourself

Disregard your position and how your life will be affected because a sex tape will be tons of fun… until it gets out. While filming yourself might be a way to spice up your love life, it’s also how Kim Kardashian acquired a household name.

More recently, she had naked photos of herself leaked on to the Internet. It seems like after a scandal like the first, you’d stop documenting your sex life.

3. Marry someone a month after meeting

Who needs time to decide if a person is the best fit for you? According to Khloe Kardashian, all it takes is a month after meeting someone to determine they’re who you should be spending the rest of your life with.

Their whirlwind relationship has been televised ever since, leading to drug use and a split. But really how did these two not expect to have major relationship problems?

4. Give up on your relationship quickly

There’s no need to push through “irreconcilable differences,” even if you and your SO have only been married for 72 days and you were only engaged for 90 days before that.

As Kim Kardashian shows us, sometimes you should just cut your losses and move on, even going so far as getting pregnant with another man’s baby before the divorce is finalized (a process that lasted seven times as long as the marriage).

Even Rob Kardashian has his own weird relationships – such as his “secret” baby mama and child. He has tweeted about both of them several times, only to delete the tweets. Whether he claims they’re jokes or doesn’t say anything at all, he’s trying to keep these significant folks secret, and he’s not doing it very well.

It seems that to keep something on the DL, you shouldn’t put it on social media consistently…

6. Don’t listen to others about your relationship

People will sometimes tell you a person isn’t a good match for you, but Kim makes it clear you don’t have to listen to them. Kanye has a temper and the two don’t have much in common — oh well! Pete Davidson is years younger and comes from a totally different lifestyle — no problem!

Stereotypes or outside judgment shouldn’t stop you from changing everything about yourself for your relationship, even as your friends and family seem concerned.

Don’t worry about being blinded by love. You know what you’re doing.

7. Move quickly from one relationship to the next

Mom doesn’t always know best, as Kris Jenner makes clear. Just one month after divorcing her first husband, Robert Kardashian, she was not only dating but married to Bruce Jenner.

Now that those two are in the process of divorce, Kris has been seen canoodling with the in-house chef in a trailer for “Kourtney and Khloe Take The Hamptons.”

Who needs time for emotional healing – next in line!