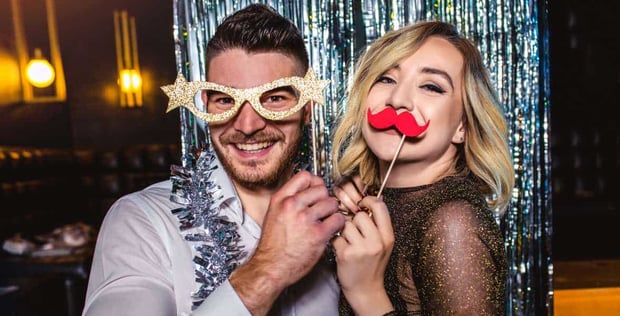 Maybe She Should Stay Blonde: 7 Times Kim Kardashian Made A Fool Of Herself

Coming from a family that is famous for big butts, scandalous relationships and hiding plastic surgery, it’s no wonder Kim Kardashian has had her fair share of questionable moments.

She has built herself quite a reputation of stupidity and narcissism not only through her actions but through the ridiculous things she says. There’s a reason she is the face of thousands of funny gifs.

Prepare to insert the “eek face” emoji here because Kardashian has struck again with another one of her foolish diva moments. In an exclusive interview with Access Hollywood where she was explaining what she does for a living, which really is still up in the air, she was confident that no one else could be in her shoes.

“Tell someone else that you think can do it,” Kardashian said. “Tell them to do everything that I’ve done in my career and see if they end up where I’m at. Try it. Just try it. I dare you.”

Well, Kim, challenge accepted. Here are some noteworthy moments she has had in her “career,” so you can see if you would make the cut and end up where she’s at today:

This is a prime example of a huge mistake turning into a beneficial situation. Without the sex tape, it’s very likely there would be no Kim Kardashian — or at least she wouldn’t be known for the same things she’s known for now.

She went from 0 to 100 real quick in the celeb world because of this steamy love session with her then-boyfriend Ray J, racking up millions after striking a deal with the rights holders of the video.

Other than being slut-shamed on a daily basis and having her private parts exposed all over the Internet when you search her name, this sex tape was a huge financial move. Regardless, it was stupid on her part in terms of character. Part of the reason she gets so much backlash for her so called “career” is because this video is the only reason she started making money in the first place.

One of her more recent moments of stupidity was making a book full of herself. How ironic.

As if Kardashian wasn’t already enough of a selfie queen as is, she published a hardcover photo book called “Selfish” featuring more than 352 pages of herself, herself and wait for it … herself. With numerous sultry photos that were originally only meant for Kanye West’s eyes, she’s not worried about covering anything up.

“I’m going to make some, like, superracy,” Kardashian said. “I mean, every girl takes full like pictures of their ass in the mirror.”

I mean, if we had made a sex tape too, I don’t think we would be worried about exposing too much in a book of selfies either. For Kim K, there is no wrong time or place to take a picture of herself.

3. Decided to Get an X-Ray of Her Booty

There was a period of time where everyone was accusing Kardashian of having butt implants because of her outrageously large derriere.

To hush the haters, she decided to get a butt x-ray and succeed in proving that it was 100 percent real, but still one thing remains: there are other methods to enhancing the booty that won’t show up on a scan.

Silly, Kim, you just don’t think sometimes. Her butt remains a topic of discussion, mainly because the accusations of having fat injections or fillers put into it have not been denied. Who knows what her butt is made out of. We may never know.

4. Tried to Break the Internet One Too Many iTmes

It’s hard to break the Internet after you’ve already released a sex tape. The nude photos simply don’t compare. Still, though, Kardashian has posed numerous times for magazines like Playboy and British GQ, revealing a little more than our eyes need to see.

Her most recent attempt at stirring the pot with her body was when she bared her butt on the cover of Paper magazine and had nude shots from inside the Winter 2014 issue.

Kardashian’s mommager, Kris, has always seemed to push her to accept any photoshoot opportunity, saying they might never ask her again or she might want to look back on the photos when she’s older. Technically, we can partially blame Kris for her nude nonsense, but at the end of the day, she is the one choosing to bear all. Be a little modest, Kim.

5. Went on a Date with a Stranger for Money

When her current husband, Kanye West, was busy in Paris, Kardashian got the bright idea to travel to Austria for the annual Vienna Ball as a guest of businessman Richard Lugner. This was a terrible public stint on her part because she allegedly was paid $500,000 for the appearance.

As if that isn’t shallow enough, Lugner also said she was “annoying” and refused to dance with him.

Kardashian fired back saying Lugner was being inappropriate and would grab her repeatedly, but who knows what really happened. The point is you (yes, you, Kim) should not agree to get paid for going on date with someone. We could probably say that’s a very mild form of prostitution. Eek.

6. Cropped Her Daughter Out of Her Selfie

It’s so clear that Kardashian wants the spotlight on her and no one else, not even her daughter North. She took an adorable selfie with her offspring and selfishly decided to crop her out because her eyes were closed. Children are cute even with their eyes shut, let’s be real, so that’s no excuse.

Her move did not go unnoticed, as it quickly became Internet news, and she received loads of backlash for being a “bad mom.”

In all fairness, Kardashian did look great, but it makes her seem narcissistic. Some of her fans were even saying things like, “If she loved her child, she wouldn’t have cropped out the pic.” This was definitely not her brightest moment, especially considering she chose to keep the brick wall in her selfie rather than North.

7. Had a 72-day Marriage with Kris Humphries

This marriage was doomed from the start, considering the focus of the wedding wasn’t the couple but rather to make it the most elaborate, sparkly, expensive event of the decade.

Kardashian had only been dating Kris Humphries for a little under a year before getting hitched, and all of the shenanigans were filmed by E! for “Keeping Up With The Kardashians.” Two more issues to add to the laundry list.

She made a stupid decision because she was worried she was getting too old to find love and have kids. Instead of waiting for the right person, she is a laughing stock for having one of the shortest marriages in the history of Hollywood — and to someone who was a complete door nail, let’s be honest.

Humphries says she only married him as a publicity stint anyway. You sure do know how to pick ’em, Kim.