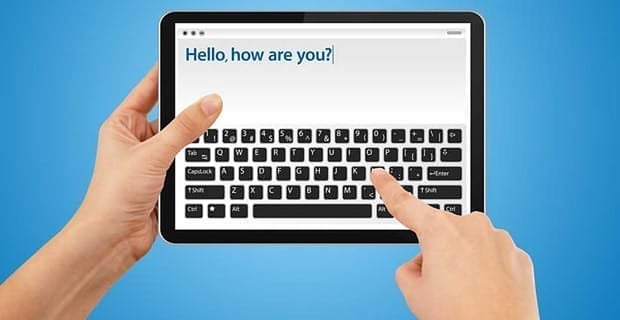 While the mistakes men make in online dating could outnumber the national debt, there is one damning, fatal missed opportunity that supersedes all the rest. It’s this (arms stretched open wide) big, people. This is because the biggest hurdle a man faces in online dating isn’t figuring out what to write about himself or even cheesy unflattering pictures in his bathroom mirror (but please stop with these).

No, the biggest hurdle a man faces is getting a woman to interact with him, which is why it’s amazing how many men go about online dating thinking they can facilitate an interaction without knowing how to ask a question.

One of the easiest mistakes a man can make is failing to ask (good) questions. A man can spend months tweaking his profile and photos, but it won’t matter one bit if his email turns a woman off. She’ll never notice any of that.

Think about it. For most men, the first point a woman knows of his existence is when she receives his email. If your email is lackluster, she’ll probably never see the bright-n-shiny profile or the sparkly pictures you worked so hard on.

The amount of emails a woman gets that simply say, “Hi, you’re pretty,” or “Hi, how are you?” or worse is overwhelming.

If you’d like to get to know someone, you need to ask them questions aimed at getting to know them. This is true in online and real-life interactions.

“Giving her something she can easily talk

about is how you get over the biggest hurdle.”

You may ask, “What is wrong with, ‘How are you?’ It seems benign enough.” Wrong.

It’s a cheap question. It is not a question aimed at getting to know a woman or anyone. It’s what you ask when you have nothing to say.

But you need to have something to say. You cannot put the pressure on the woman to come up with something to talk about. Because when a woman has to do the heavy conversational lifting, she is less inclined to respond.

I know the strategy many men are employing by dropping half-baked compliments and asking generic questions — they don’t want to invest the time and effort to formulate good questions if the woman isn’t going to respond anyway.

So you figure you’ll throw out an easy one, and if she actually responds, then you’ll make the effort toward her in subsequent emails.

This is a flawed approach because there are men making the effort, so right off the bat, you have already positioned yourself as substandard to them in her mind’s eye and in her inbox.

If you want a woman to respond, you need to give her something to respond to.

Find something in her profile she seems passionate about or interested in. Better yet, find something you genuinely would like to know more about.

“I noticed you’re into _X_. What do you think about _X_ plus _Y_?” Don’t ask questions that have one-word answers. Ask questions where she has to explain a story or an opinion.

Giving her something she can easily talk about is how you get over the biggest hurdle a man faces: getting responses. And a response is one step closer to a date.

What to Do When Meeting a Match In Person

Why I Enjoy Online Dating

5 Signs You’re Coming on Too Strong in Your Emails