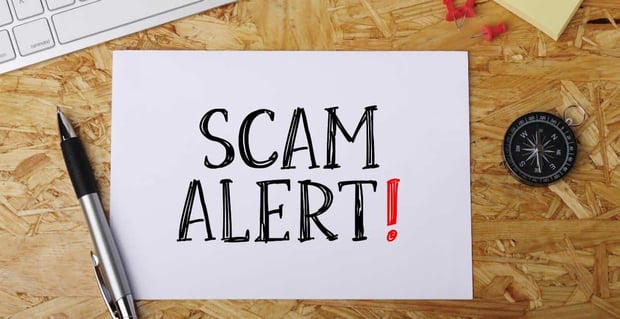 You know the old saying: If it seems too good to be true, it probably is. I remember a story from years back when I was talking to a guy who was excited about the new lady he had met online. I always like to celebrate dating success, so I was intrigued to hear his story.

I got more than a story. I got an earful.

He proceeded to show me photos of a woman from a few states away that was obviously much younger than he was. All the photos looked like they were from a magazine shoot. He was an average guy from a mid-sized town in Florida… and a model from 200+ miles away was falling for him?  He even sent her a new (expensive!) camera to help with her modeling career.

You can guess what happened next… or maybe you can’t…because when I told him he was being scammed, he paused and replied:

“What do you mean?  You don’t think I could attract a woman like that?”

Okay — the Male Ego at work. In my Dating Dictionary, I discuss how a mans ego can be a detriment to him in dating. And here’s an example.

He actually believed — because his EGO told him it was possible — that this was all real.

You may not fall for something that obvious, but scammers are getting more and more sophisticated with their catfishing profiles. Here are a few ways they make themselves appear real to you:

1. Posting Real Photos (Just Not Theirs)

Online dating scammers are getting better at putting “real enough” photos online, including blurry selfies, military photos, or maybe a travel pic. Sometimes they lift photos from real women’s dating profiles and create a fake profile. It can actually be difficult to spot just from the photo.

2. Profiles That Are “Too Good to be True”

Gone are the days of the badly written dating profiles with broken English. You know, the ones that obviously are written by someone who doesn’t know the language very well. Don’t get me wrong, these fake profiles still exist, but in this day and age they’ve been replaced by more sophisticated and convincing profile language. It’s so easy to get information online and make it look like you are actually the person you represent yourself to be.

3. They Do Their Research to Become a Perfect Match

When you think about it, you are likely putting a lot of personal information out there about yourself via social media. We all are. We share our lives with the internet, and that’s a vulnerability. It’s simple for the scammer to find your social media profiles online and learn enough about you to make comments that align with your interests and values.

Things to Keep in Mind When Meeting a New Person Online

If it seems too good to be true, it probably is. If she’s quick to agree and compliment and fall in love, some alarm bells should go off in your mind.

A woman who puts a big rush on you immediately to meet, talk, etc, is usually an online scammer. Let me put it this way: If this super attractive and agreeable lady is acting so differently than the rest, that should send up a red flag for you.

Not saying that it’s bad to have a woman interested. But, for example, if after one or two messages, she wants you to come over to her house for a home-cooked meal, that should warn you that something is off. A real woman would likely want to meet you in a nice, public place once she’s comfortable with you — and definitely doesn’t want you to come to her residence since she doesn’t know you at all!

Obviously, if the person you met online asks for money, personal information or other sensitive stuff, you have a scammer on your hands.

If you keep seeing the same woman with different dating profile names, it’s because the scammer keeps getting caught and reported so they create new profiles with the same photos.

Most of the time, an online dating scammer is looking to make a quick buck, but sometimes it’s more dangerous. Men (and women) need to be careful.

Remember guys, when it’s real, it takes time and work. Anyone offering you an easy shortcut to true love is usually a scammer.

Doc Love coached men for over 30 years after interviewing thousands of women in his lifetime asking them why they chose one man versus another. What Doc learned directly from women he then taught to men. Doc was a prolific writer and created a lot of timeless dating content for his team to continue sharing his message. Singles can also get additional coaching via his still active blog and podcast at www.doclove.com/blog and www.datingwomenpodcast.com. For \
ven more visit his official site www.doclove.com.