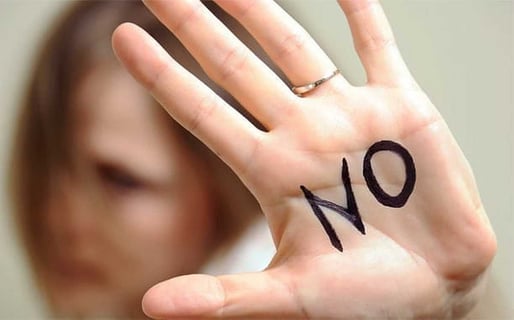 Until you’re lady says she has a headache and would rather just go to bed. Before you wait up for the Dr. Ruth call-in show, here are a few things to consider.

It’s one of those cliches that became as such because it’s deeply founded in truth. When you ask your girlfriend it she’s OK and she says “I’m fine,” she’s probably not. To avoid the whole uncomfortable exchange, take a minute to think before you ask her about her day. Has she been complaining about stress at school or mentioned having problems with her co-workers? Has she been fighting with her mother or been upset with her best friend.

Remember, just because your girlfriend is a little standoffish, it doesn’t mean she’s upset with you. Don’t get defensive. Just let her vent about whatever happened. Sometimes that release of the tension she’s been carrying around is enough to have her feeling like her usual, sexy self.

It’s fair to say that most people are their own worst critics, and this can manifest differently for women. While to you she may look as perfect as the day you met, girls can be harsh with themselves on their appearance. Sometimes something as simple as stress acne or gaining a few extra pounds can make her feel less than sexy. While it’s totally normal that you didn’t notice the half pound she’s bummed about, take your guess from your girl’s mood.

If she’s down on herself and hasn’t been feeling in the mood for sexy time, make sure she knows how attractive you still find her. It doesn’t have to be anything extravagant. Bring home her favorite bottle of wine, or send her a sweet text message at work. Just make it something simple to remind her you care.

Think of our first two examples maybe more as the exceptions than the rule. Girls can be complicated, that’s certainly true, but deciphering an adult woman’s feelings shouldn’t be like solving a Rubik’s Cube. Sometimes ladies can be less than forthcoming with their emotions, but it’s unlikely your girlfriend is trying to make your life more difficult.

If your girlfriend says she’s not in the mood for sex because she doesn’t feel well, odds are, she probably just doesn’t feel well. If you have a normal, stable sexual relationship, wanting to take a few nights off really isn’t anything to worry about.

Can You Have a Great Relationship Without Great Sex?

7 Reasons Why Girls Aren’t Sleeping with You

How to Score on the First Date

4 Reasons Why You Should Stop Moving So Fast When Dating