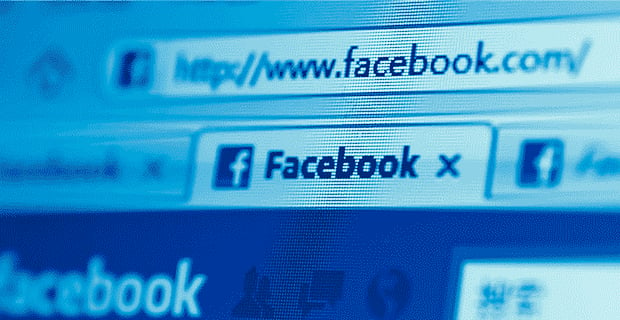 Do you think that Facebook should start following the same rules you put into place in the real world? Or is your FB profile a separate life all together? If you want to use social media to help your social life, then take a look at a few do’s and don’ts when it comes to Facebook etiquette and dating.

You’ve been on a few dates with a guy and everything’s going great. After the third date — an afternoon major league baseball game — you post a picture of the two of you cheersing a beer after a home run. You tag him in the photo but don’t post it to your wall or make a big deal out of it. The caption reads: “Rooting on so-and-so player as he hits a game-winning home run.”

Sure, that’s acceptable. It’s a cute photo of two people enjoying a baseball game and getting caught up in the moment. Just be understanding about the caption and how you present it to your Facebook community.

You go on a first date with this guy who is irresistibly good looking. You snap a quick photo of him while the two of you are having an after-dinner drink. The date goes well — not awesome, but well — and you want to show off his hotness to all of your exes. So you post this photo that he probably doesn’t even remember you took and the caption reads: “First date with so-and-so. Xoxo.”

Completely unacceptable. Chances are, you just turned this guy off from even considering a second date. This action makes you look desperate — like you’ve never been on a date before.

After five dates and a heavy make-out session, you suggest the new guy, who is also a new Facebook friend, to be friends with your 10 best girlfriends — none of whom he’s met.

Unacceptable. By doing this, it seems like the only reason you invited him to be friends with your posse is so they can also stalk his FB profile and give you pointers. It doesn’t ring down-to-earth or true to the possible budding relationship. Bad move if you want a future with this guy.

You and future beau go on a few dates. While you’re on the most recent date, you drunkenly insist that the two of you get out your smart phones and friend request each other. He obliges because he’s a nice guy. The next day, he doesn’t answer your texts. Instead of thinking he might be super busy at work, you take to Facebook to constantly update your status with things like, “Can’t wait to party tonight — gonna be the most epic event ever!” or “Just ran into my ex-boyfriend. He’s looking pretty good.”

Lame. If you’re into this guy, give him at least 24 hours to get back to you. He could be going through a family or work emergency or just needs a day off from the constant flow of technology. Posting obnoxious FB status updates is going to get you nowhere. If he’s that interested, he’ll text back when he’s able. Chances are, he’s not stalking Facebook for signs of what you’re up to.

You meet a random guy at a friend’s party and he friend requests you the next day. You’re polite, so you accept. He sends you a private message within 20 minutes, asking you personal things about yourself, and it’s making you uncomfortable. You keep writing back because you don’t want to look rude — you have friends in common, after all.

Unacceptable. The great thing about online relationships is that not writing someone back is like giving them the silent treatment. If you were at a bar and some drunk, obnoxious guy kept coming on to you, then you’d probably just ignore him. It’s OK to do the same when it comes to Facebook.

There’s certain etiquette to follow when it comes to dating. That etiquette shouldn’t be left behind when you power up your laptop. Before you start posting photos of you and the new guy and updating your status in hopes of creating jealously, think about how what you’re doing would look out in the real world.