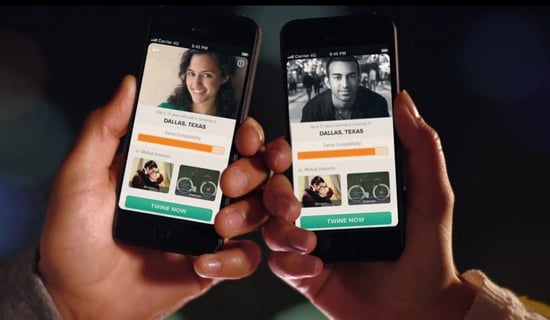 First came newspaper ads (queue: do you like pina coladas?), then came video dating, then came dating sites. Now the next generation of dating tools is literally in our hands: the dating app.

What’s the deal with dating apps, and are they better than just using a dating site?

Answer these 10 questions to see which one is better for you:

As an online dating coach, I meet so many people who begrudge doing this for a dating site. They hate it, and they feel like they don’t know how to do it well. Most dating apps require little or no self-promotion.

I personally want to know simple things like if my match speaks English, so I like when people write their profiles.

9. Do You Want to Search for Matches or Have Them “Delivered”?

One of the major differences between dating apps versus traditional dating sites is how you get to comb through matches.

Dating apps “deliver” matches to you, often one at a time, requiring you to “pass or play” before showing you another match.

Dating apps “deliver” matches to you, requiring you to “pass or play” before showing you another match.

8. Does It Bother You If You Can’t Go Back to Someone Later?

With dating apps, you typically cannot return to someone you’ve passed over or swiped left on. Dating sites do not have this limitation. You can stalk and re-stalk all day and night as you please.

Do you want the option to weed through matches according to certain criteria? Even with little things like height, most dating apps don’t allow for that functionality.

Some apps provide some information, while dating sites are often overloaded with information.

Some apps provide some information, but others provide literally nothing and there is no search feature. On the other hand, dating sites are often overloaded with information that you can obsess over. I’m looking at you, OkCupid, and your thousands of questions.

One of the biggest appeals of the dating app is its ease of use — you can just flick a finger and enjoy hours of entertainment. Dating sites are typically more complicated, with lots of features and matching tools.

I’d call this a preference, but it’s probably the key reason why the popularity of dating apps is skyrocketing. We are a lazy lot.

Dating apps are so easy to navigate — you can explore them while you pump gas, stand in line or even sit on the pot.

You can use dating apps while you pump gas, stand in line or even sit on the pot.

Effort is akin to the exertion it takes to send a text. That’s pretty easy compared to dating sites where you pour over profiles and write longer and longer email exchanges to matches.

Both have their benefits, but the trade-off is your time.

4. How Do You Handle Rejection?

Most dating apps don’t tell you if someone has rejected you. Instead you’re only alerted when you have a match. This is a win for dating apps, as no one likes rejection.

3. Is Location Important to You?

Dating apps show you people hyper-local to you. If you’re not interested in anyone geographically undesirable, this is a major win.

If you’re not interested in anyone geographically undesirable, dating apps are a major win.

2. Is Attraction the Foremost Component to Finding a Date?

If you’re on a dating app, you’re basically playing a game of exploring initial attraction. It’s kind of like if you were to see someone at a singles bar.

Dating apps are still regarded pretty heavily as a hub for hookups. Personally, I don’t buy this since I know countless couples in serious relationships who met through an app.

Regardless of my thoughts, other people view many apps as hookup apps and unashamedly use it for such. Either way, just beware — there are all kinds on dating apps out there.

Some people view many apps as hookup apps and unashamedly use it for such. Either way, just beware.

There are a number of ways dating sites are creating a hybrid of popular components from dating apps and vice versa. In fact, most dating sites have their own phone app.

Do you use one over the other? Or maybe you use both? Let us know why in the comments.

OMG! The ABCs of Online Dating

9 Tips for Online Dating After 50