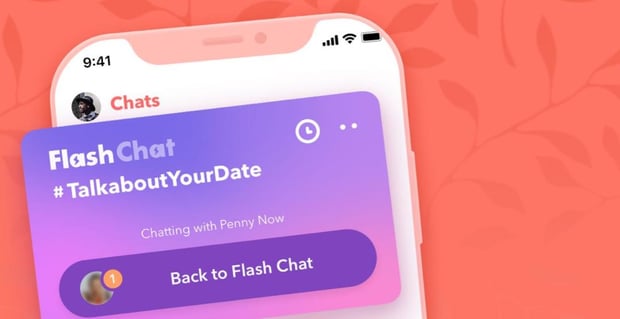 Unfortunately, cyberbullying can be particularly cruel toward single people on the heavier side, and that can hurt their self-esteem and leave them feeling ostracized from the online dating world.

But plus-size dating sites like WooPlus won’t stand for that.

WooPlus is a dating platform that uplifts and empowers singles of all sizes. The team advocates for dating beyond superficial standards and finding beauty in the curvaceous.

“I think it is so great that the app offers a dating community especially for curvy singles,” said Ryley Jerde in a WooPlus review. “The team is always promoting body positivity. We don’t have to feel inferior.”

Standing alongside body positivity icons like Lizzo and Rebel Wilson, WooPlus represents a new chapter in the dating culture where physical attraction and hottie alerts can apply to all body types.

Since its launch in 2015, WooPlus has become a popular plus-size dating option for men and women who want to escape the stigma of superficial swiping and find potential partners that love them as they are.

“WooPlus sought to develop a community that wouldn’t discriminate against curves,” according to the team. “A place for people who are positive in body and mind.”

WooPlus has established itself as the largest dating app for curvy people, and it has done so by embracing innovation and new technology. The dating site and app are constantly challenging the norm and breaking the mold of what people think of online dating.

In 2022, the team focused on upgrading the online chat experience with a new feature called Flash Chat.

Flash Chat puts the “instant” in instant messaging. The new feature allows for chatting with other WooPlus members without requiring a mutual match or any browsing at all. Users are immediately introduced in a live chat room, and they can make a good first impression by talking — no profile views or swipes necessary.

WooPlus recently launched this chat feature to help singles accelerate and improve their online interactions. It is a fast solution that can break through the awkward silence. Flash Chat even recommends a daily updated pool of icebreaker questions.

According to the team, “Flash Chat defines a new rule on the online dating scene.” No longer are singles left to fend for themselves in conversations. No more worrying about waiting for a response or not knowing what to say to catch interest.

Ultimately, the goal of Flash Chat is to put personality and conversations before swiping and superficial judgments. This is core to the WooPlus mission as a niche dating service for curvy people.

“It’s a game-changing feature, especially for new users who don’t know how to start a conversation,” the team told us.

WooPlus got a new look in 2020 when it unveiled WooPlus 5.0, which offers a fresh look and updated features for making meaningful matches.

Whether it’s adding depth to dating profiles or speeding up chat communications, the WooPlus team isn’t afraid to innovate and experiment with new features that enrich online matches.

Looking ahead, the WooPlus team is committed to growing its online community to include people of all body types and from all walks of life. Any single person who is looking for something deeper can create a free dating profile and jump into this romantic chat room.

“The Flash Chat feature will help users to find like-minded partners instead of putting appearance first,” the team explained. “This complements WooPlus’ resolve to promote a concept free of body shaming.”