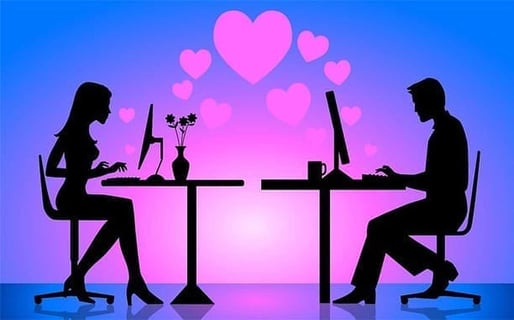 It doesn’t matter if you’re texting, Skyping, Facebooking, iChatting, calling or sending a telegraph — cheating is cheating. Just because you flirt via the World Wide Web — you know, sending romantic emails to someone other than your girlfriend or wife — doesn’t mean you get any extra leeway.

For some strange reason, there are men who think that unless they’re flirting in person, it doesn’t count. I’m looking at you former Congressman Anthony Weiner, Tiger Woods, Tony Parker, Alex Rodriquez, David Boreanaz, Jesse James and Ryan Phillippe. The list goes on and on.

Online flirting is absolutely considered cheating. That is, if you look at the definition of flirting as to “behave as though attracted to or trying to attract someone, but for amusement rather than with serious intentions.” Telling a woman via email that she’s sexy or you want to be with her physically, even if you don’t think you mean it, is cheating on your current partner.

Social media sites like Facebook mean the door is wide open to form online relationships with old friends, girlfriends of friends and business associates. The access is instant. What’s tough about conversing with someone online is that you don’t actually notice how close the two of you are getting. It’s just a harmless string of messages, right? Wrong.

A lot of seemingly platonic online friendships have developed into emotional and physical affairs that can break up relationships and destroy marriages. So how do you know if you’re crossing the line when it comes to flirting online?

Ask yourself the following questions:

1. Am I deleting the messages after reading them?

If yes, then it’s because you’re feeling guilty and don’t want your wife or girlfriend to find them.

2. Am I foregoing responsibilities to talk to this woman?

If yes, then you’re putting your online relationship with her above actual real life responsibilities.

3. Am I trying to convince myself that the relationship is OK?

If yes, then you know it’s crossing the line. If you’re trying to rationalize your communication with this woman, then you know deep down that it’s wrong.

4. Am I talking to this other woman about my spouse or girlfriend and details of our relationship?

If yes, it’s likely that you’re unhappy in your current relationship, and instead of talking to your partner about it, you’re looking for someone else to fix it.

There are men who think flirting online doesn’t have the same set of rules and regulations as flirting in person. Guys, that’s what’s going to get you in trouble. You know deep down the online conversations you’re having with a woman other than your wife or girlfriend is considered cheating.

Should You Give Online Dating Your All?