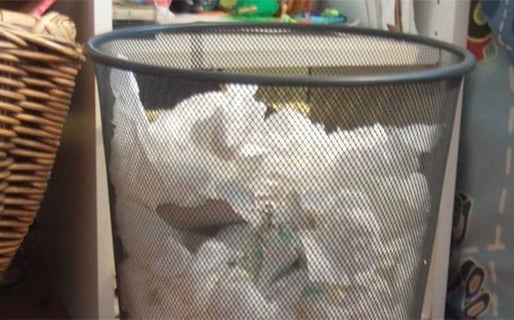 Social media has created an entirely new set of rules for men and women playing the field and trying their luck on the dating scene. Online etiquette has presented a challenging set of rules to be followed in the unfamiliar realm of cyberspace, as if traditional dating wasn’t already a complicated enough mess to deal with! Leaving too many lovey-dovey comments, obsessively posting pictures as a couple and sneaking a peek at his ex-girlfriends are all things we women seem to worry ourselves with where social media sites are concerned.

Figuring out how to execute appropriate online behavior when you’re a couple is confusing, but social media is particularly troublesome when it comes to a breakup. Not only do you have to end a relationship with a real, live man made of flesh and blood, you also have to break up with his profile and the many friends you made online because of him. It can be quite an undertaking. When it comes to breakups and social media sites like MySpace, Facebook and Twitter, women often ask questions like:

As with most situations that relate to dating and relationships, the answers to these questions vary based on individual circumstances and cannot be found in any dating handbook.

When I ended a two-year relationship, my ex-fiancé went online within minutes and deleted me from every social media site that connected us. I laughed because I thought it was so petty and childish of him. I’m telling you this so if you find yourself quickly deleted from a man’s profile, you’ll understand why he is exhibiting this kind of seventh-grade behavior.

by rage, hurt feelings or a sense of revenge, call

up your gal pals and seek their advice.”

Here are some more situational factors to consider when it comes to ending social media relationships with an ex:

Give yourself some time.

Remember, online communication can be a very healthy way to process feelings and get closure. Allow time for each of you to say what you need to through social media channels before moving on. If your ex is reasonable, you may even tell him you think it’s time for you to end your online friendship so each of you can heal privately. You can always try to reconnect later and make a sincere attempt to be friends.

You broke up with him.

If you did the dumping simply because you realized your guy just wasn’t “The One,” but he’s an otherwise nice guy, I say let him do the deleting. Consider it your way of giving him at least a small piece of his dignity back. Let him do it in his own time, on his own terms. Of course, after some time, if you start dating someone else, spare his feelings by blocking him if he hasn’t already cut ties. Seeing you with someone else might hurt his feelings.

If you did the breaking up because your guy is violent, abusive or an all-around dirt bag, I say let some time pass before you consider deleting him. Keep your posts to a minimum for a few weeks until the situation calms down. In the beginning stages of a breakup, emotions run high. Allow a cooling off, quietly delete and block him.

He broke up with you.

If you are on the receiving end of a breakup, do not give him the satisfaction of letting him know how much it bothers you. If you rush to your online profile and delete him, he’ll get the same kind of chuckle I did at my ex’s expense. Also, don’t post status updates of you crying over him or missing him. Wait for him to delete you, or let at least let a few days pass before you give him the ax.

If you find yourself obsessively checking his profile to see who he’s talking to and if he has someone new, you should probably block him for your own good. Sometimes we can’t seem to help ourselves from looking at things we shouldn’t. If having access to his social media sites is halting your healing process, be strong and delete him ASAP.

If you have the rare occasion to mutually break up with someone and each of you wants to be friends, obviously you shouldn’t have to part ways online. If he starts seeing someone else, however, and it starts to bother you, deleting him would be appropriate.

Again, there are no set rules when it comes to social media interactions. If you’re not sure what to do because you’re blinded by rage, hurt feelings or a sense of revenge, call up your gal pals and seek their advice. Ask your circle of girlfriends what to do in regards to the social media connections you have with your ex. They’ll give you some objective advice and help you make the right decision, even if it means they have to delete or block him for you because you just can’t find the strength to do it yourself.