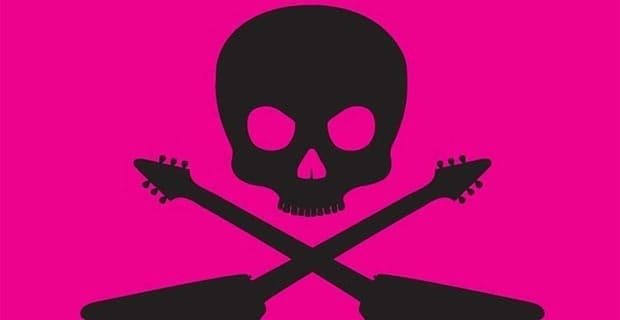 Some girls make men want to spend an hour with them, while other girls make them want to spend a lifetime together. The thrill and allure of the “bad girl” can be difficult for a man to ignore and a nice girl to overcome, but it will forever remain a fact of life.

The attraction of the bad girl is simple and obvious: sex.  Naughty, gratuitous, raw, animal, no-strings-attached sex. It’s the way nature designed it: lust, seduction and instant gratification. Love’s got nothing to do with it, just the way Tina Turner sang it.

Making love is a fabulous pastime, but it can sometimes pale in comparison to “tearing it up,” “hittin’ it,” “knockin’ boots,” or “roasting the broomstick.” Sex for the sake of sexual pleasure has an element that is not always found in a loving relationship. The payoff of naughty, forbidden sex is often a more highly-charged climax.

“These are all opportunities to be the bad

girl who adds a little thrill to your man’s life.”

Are men really that shallow?

Ask a man if he would rather have a 16-ounce medium rare New York strip steak with a bottle of wine and all the trimmings or a lifetime supply of Ramen noodles. The young cowboy might give you a different answer than a more mature, logical mind — but they would all be tempted to go with the steak.

Now, men in a good and meaningful relationship will usually do the right thing, but guys who are not tied down may opt for adventure and variety. Women fantasize about their hunky romance novel bad boy pirates, and men think about laying meaningless pipe whenever they can.

Nature wired us that way. We’re just trying to ensure the survival of the species, after all.

Men know they can’t live forever on Skittles and Twizzlers. They need something more substantial. If Megan Fox and Anne Hathaway were standing on the corner and a man had to pick one for an hour and one for a lifetime, what would he do? Exactly.

Men can be temporarily insane, but they know the long haul requires a real woman for a partner.

What’s a good girl to do?

The good news is that you already know how to rock his world. Bring out your alter ego, evil twin or dark side from time to time. Men want and need a smart, nurturing, dynamic woman, and they will give up all other women to get it.

But they will never lose their desire for a lady who understands the value and power of raw sex.

You can only spice things up so much at home in your bed. The key is to build up that sexual tension the way you used to. He used to get excited while you were still out to dinner, thinking about getting frisky with you later. All you had to do was be there.

So, be brave. Give him a little hand under the tablecloth at the restaurant. Public stimulation is very naughty and exciting. You aren’t going to finish the job there, but he will be thinking about it for the next two hours and his pleasure will be multiplied later on.

When you’re in the car, in the shower, at his office — these are all opportunities to be the bad girl who adds a little thrill to your man’s life.

The #1 Thing We Need More of in Our Dating Lives