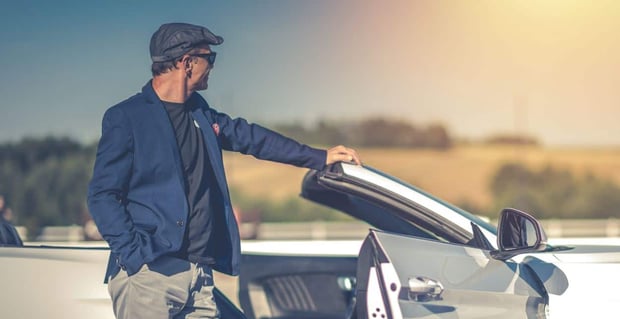 Getting picked up for a first date is often thought of as a more traditional way to romantically kick things off, but is it still preferred?

In the latest DatingAdvice.com study, we found more than one in four Americans still like to have their date pick them up instead of meeting at a specified location for the first date.

The results show men and women were basically on the same page, with 26 and 27 percent answering in the affirmative, respectively.

The real surprise is how more younger respondents favor this practice.

Rachel Dack, DatingAdvice.com’s women’s dating expert, said the findings speak to the current reality that many single men and women aged 35 to 44 use online dating and nontraditional dating methods to meet potential partners.

“Especially with these methods, safety is of utmost importance, as well as having an easy way to leave the date if it does not go well, so it makes sense this age group would be the age group least likely to want to be picked up on a first date,” she said.

date pick them up instead of meeting.”

Hispanics and those living in the Northeast also were among the most likely groups to want to be picked up.

Among the least likely demographics to prefer being picked up was homosexuals and divorcees.

Straight men and women were more than twice as likely to choose to be picked up by their date than gay men and lesbian women.

In terms of marital status, less than one in five divorcees want to be picked up, but more than one in four married respondents do.

70% of Americans Have Kissed on the First Date