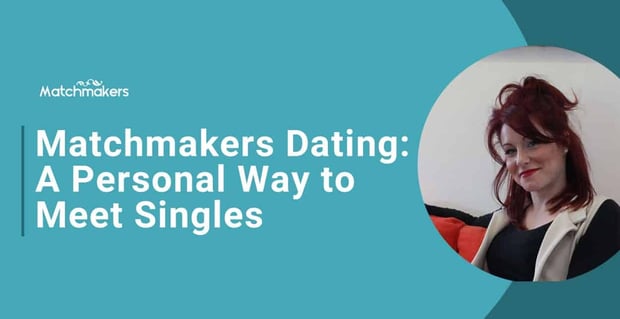 The Short Version: Matchmakers Dating is a UK-based matchmaking service that caters to younger singles who want to find love. The matchmaking team works with clients for terms of up to 12 months. It connects with members on a personal level and offers thoughtfully considered matches based on those interactions. Many singles see Matchmakers Dating as a refreshing alternative to online platforms because it is more customizable and effective.

Online dating can be ineffective because users must scroll through dozens of profile photos and make lightning fast decisions. When users see the profile of a potential partner, they often have to declare their interest quickly and move on to the next person.

In 2021, researchers found that most people decide whether to swipe left or right on dating apps in less than one second. Such a fast-paced environment doesn’t leave much room for nuance.

That’s why Matchmakers Dating, a UK-based agency, is on a mission to give singles a chance to find real love on their own terms.

“We knew that people needed an alternative to the fast-paced, throwaway nature of online dating. People deserve more than to be judged on a photo and a short bio alone,” said Bruno Ulmkalns, Marketing Manager at Matchmakers Dating.

Another problem with dating apps is catfishing, where members use fake pictures and information to gain the trust of others. Many singles have even admitted to catfishing, which can involve lying about some aspect of themselves to appeal to others — or a more sinister tactic to scam someone out of their money.

In contrast with dating platforms, Matchmakers Dating interviews members and gets to know them on a personal level before recommending matches. Potential members are assigned a matchmaker who assesses their personality and the type of person they seek. Often, clients and matchmakers meet in person because the team is spread across the UK, with offices in major cities and rural areas.

The company also checks members’ government-issued identification cards to ensure they are genuine about who they say they are.

“The human aspect to what we do is a great source of pride at Matchmakers Dating. We have a team of membership advisers and matchmakers with more than 100 years of combined experience,” Bruno told us.

Bringing Matchmaking to a Younger Audience

Many younger singles turn to dating apps when seeking a partner, but those platforms don’t always work out as they’d expect. Dating apps can be ineffective for a variety of reasons. Sometimes, singles don’t have the time to go through all of their possible matches to find the right person. Other times, they run out of options without seeing anyone who piques their interest.

Millennials and younger singles are turning to matchmaking as an alternative to dating apps.

“Matchmakers filter. You explain what you’re looking for, and they take care of the searching. Each company or independent cupid has a database of vetted candidates. Within that pool, the matchmakers know who’s currently single, who’s serious about meeting someone, and what those singles are looking for.”

Matchmakers Dating recognized that younger singles weren’t finding everything they hoped for online. So the agency decided to focus on connecting younger singles between 25 and 49.

The company’s Headhunting Coordinator Alexandra Rollison is in her mid-30s, so she understands that technology isn’t the cure-all for singles.

“I like to think that we are changing the face of Personal Matchmaking in the UK, making it available to a new, younger, vibrant group. Confidentiality is everything, and they have already worked out that the risks associated with online dating or dating apps are simply not for them,” Alexandra said in her profile on the website. “I’d say our clients are predominantly younger professionals, usually still climbing the career ladder and with aspirations to be the best that they can be.”

Many singles turn to Matchmakers Dating when they want to get serious about finding long-term relationships. The company accepts members who haven’t been involved in fraud or committed any crimes as part of its free member pool. Those users won’t receive matches but may be matched with paying members if they fit what those clients seek.

“Typically, our members are from higher socio-economic backgrounds, and they tend to be doctors, nurses, teachers, or someone who is income-rich but time-poor,” Bruno told us.

Users can choose from a variety of membership options. The Classic Membership lasts for nine months and includes a professionally written dating profile, advice from a matchmaker, and guaranteed matches.

Matchmakers Dating offers a variety of packages to help clients in different situations.

An Executive Membership lasts for 12 months and comes with more benefits, including an individualized interview, priority matching, and up to eight guaranteed recommendations. Executive members can also freeze their membership for up to three months should they want to develop a relationship with someone they’ve met.

The Select Membership also lasts for a year and includes a six-month holding period if desired. Select members team with a senior matchmaker and have access to a dating coach.

“Our membership packages provide you with a unique choice of benefits, as well as keen pricing that ensures Matchmakers Dating is one of the best value services in personal-introduction-based dating,” said Bruno.

This strategy has worked for the agency, which has seen a record number of members over the last two years. The team has made so many successful matches that they’ve lost count.

“We recently had a marriage between two of our members, which always makes the work everyone does worthwhile,” Bruno told us.

The Matchmakers Dating team has grown considerably over the last two years, but it aims to make resources even more accessible for singles in the future. The company is investing in digital technology to help more people access services and meet online before a face-to-face date.

However, the team understands that the decision to work with a matchmaker isn’t always easy. That’s why it encourages singles to explore the platform and determine their own timelines. With that goal in mind, the team can provide enough information for singles to move at their own pace.

The goal is to create a dating space that gives singles more peace of mind than what standard online platforms provide.

“Online dating apps cannot help you through those times where you need to call someone up for some help and advice. Matchmakers Dating can. We speak to hundreds of singles every week, which means that there is no better source of dating information available,” said Bruno.

Team members say they are proud to have a company with a mission they believe in. All the matchmakers feel that their work is a lifestyle, not just a job, and that their work helps singles find connections.

“Everyone at Matchmakers Dating wants one thing: for our members to be happy. If our members are happy, we are happy. It’s as simple as that,” Bruno said.