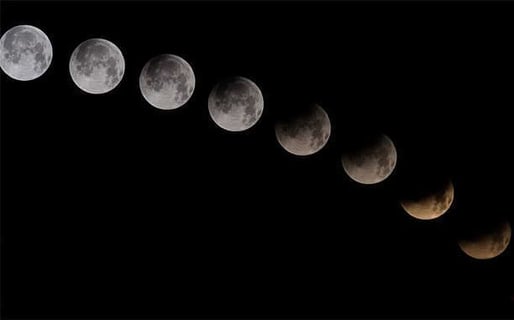 The 7 Phases of Commitment

Just like every other human process, romantic relationships follow a certain chronological course and evolve in complexity. There are various phases of commitment during the progression of a relationship, each identified by certain markers.

As with everything else in matters related to the heart, every couple is different. This means there is no definite timeline, no hard and fast rules and no guarantees.

Nevertheless, there are some concrete stages of commitment traditionally observed by most couples and each holds a significant meaning.

Phase I: Getting to know each other.

At first glance, this may not seem like it requires any commitment at all, but that is simply not true. In order to get to know someone, you have to make a commitment to get to know them. This manifests as an investment of time and energy.

Dinner dates, regular phone conversations and other forms of communication are necessary during Phase I. This is when you and your partner become infatuated with each other, and if all goes well, you move on to the next phase.

Phase II: The commitment to trust.

During this period, the relationship becomes more significant. You commit to the other person on a deeper level, one that involves a profound level of self-disclosure. We spill our own beans and we expect the other person to do the same. This ultimately requires that both parties become willing to take a risk.

To a large degree, it is during this phase that real intimacy is established, which causes feelings to transcend a mere physical attraction. When relationships do not make it past this phase, it is because someone can’t or won’t expose themselves to this level of vulnerability.

When both parties have discovered they trust one another and want more than a casual relationship, each agrees they will become exclusive. This is a major step, a decision that should not be taken lightly.

Typically, this phase is identified by what has become known as the “state of the relationship” talk, where each person discusses their level of commitment to the other.

Unfortunately, the majority of women reach this phase before their men do, which can have cataclysmic results. She will want to rush the talk and he will retreat, thus putting either a strain on the relationship or bringing it to a screeching halt.

“There is no greater gift than to be afforded the

grand opportunity to spend a lifetime with your soul mate.”

Phase IV: I love you.

This is a beautiful moment women wait for: to hear those three little words. This is a realization a man needs to come to on his own, and he should say it only when he means it. (Not during sex or because he thinks that is what she wants to hear.)

Of the phases outlined so far, this one will take the longest to reach — or at least it should. This is not a level of commitment that should be rushed, because two people should not become engaged for any other reason than the fact that they love one another and plan to spend the REST of their lives together.

Phase VI : Going to the chapel and gonna get married.

Marriage is the ultimate commitment and generally what most people want when they seek love to begin with. Many people cannot see past this event and forget that beyond the infamous walk down the aisle, comes a lifetime of walking together through storms, landmines and in-laws.

The sad truth is, 50 percent of all marriages in America end in divorce. This is largely because husbands and wives have unrealistic expectations when they arrive at this phase in their commitment to one another.

Loving, healthy relationships require work. They are not all flowers and sunshine. They are about far more than the shallow feelings experienced in Phase I.

Too many people get complacent in their marriage and become disillusioned when things become boring or downright difficult. Marriage vows require a dedicated commitment and daily renewal. That is easier said than done, of course.

When two people meet, fall in love, get married and make their relationship work against all odds, they come to realize the highest expression of the human experience. True love is an action, not a feeling, and there is no greater gift than to be afforded the grand opportunity to spend a lifetime with your soul mate.

3 Questions to Ask When He Won’t Commit

How to Text Your Way to the Love You Want

Are All Men Scared of Commitment?