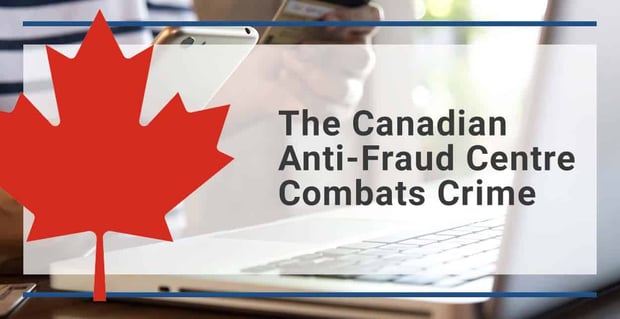 The Short Version: The Canadian Anti-Fraud Centre is a helpful index with detailed information about fraud detection, fraud prevention, and fraud recovery. Its resources can support online daters as they wade into the swiping scene and meet new people both online and offline. How do you know if a dating profile is legit? What do you do if you see suspicious activity? The Canadian Anti-Fraud Centre offers clear answers and guidance to all these questions and more.

American author Mark Twain once said, “A lie can travel halfway around the world while the truth ties its shoelaces.” Except he didn’t actually say that. The saying has been mistakenly attributed to Mark Twain so often over the past century that many people think those were really his words. Which is a great example of life imitating quotes.

Lies can be seductive because they simplify a complicated and nuanced world. Some people swallow lies because they’re easier to understand or more appealing than the truth. Or maybe they just don’t know better.

In the struggle of truth against lies, the Canadian Anti-Fraud Centre is on the front lines for veracity. The Government of Canada has established this free resource to raise awareness about the online scams that can catch people unawares. Whether you’re online dating or online shopping, you should be aware of the possibility of encountering questionable content or outright deception.

The Canadian Anti-Fraud Centre is committed to disrupting the nefarious activities that pose a threat to today’s digital citizens.

“Mass Marketing fraud is increasing daily,” said a spokesperson for the Canadian Anti-Fraud Centre. “We were created to educate and empower the public to Recognize, Reject and Report fraud.”

The Canadian Anti-Fraud Centre has published in-depth informational resources about online fraud. The website’s aim is to provide help where it’s needed and strengthen the partnership between the private and public sectors.

Thanks to the CAFC’s hard work, perhaps the truth has a chance to even the score and run circles around the lies for a change.

The CAFC is jointly managed by the Royal Canadian Mounted Police, the Competition Bureau, and the Ontario Provincial Police. These three organizations pool their resources and knowledge to create a comprehensive anti-fraud service. The website acts as both a scam detector and victim protector.

In 2020, the Canadian Anti-Fraud Centre received 101,483 fraud reports that involved nearly $160 million in losses to online frauds. About 67% of the reports came from Canadian consumers and businesses, and those losses amounted to more than $104 million. These cases merely scratch the surface of this dark world. It is estimated that fewer than 5% of victims file a fraud report with the CAFC.

It’s a common misconception that online fraud is a problem faced only by older people who are perhaps less tech savvy. But the victim ages of these crimes ranges from 18 to 80. The fact is that anyone can become a target for fraudsters, and young people can fall prey to a clever scam if they put too much trust in a profile and get complacent.

The CAFC is a friend to consumers and businesses, and it welcomes people of all ages and backgrounds to the conversation about how online fraud works and how to put a stop to it.

Where the dating industry is concerned, online scammers tend to form close relationships with their victims and then ask for favors and loans that gradually become larger over time. Some scams run for months or even years of constant messaging and manipulation.

“Fraudsters use every type of dating or social networking site available to contact their victims,” a spokesperson from the CAFC told us. “Their accounts are created using photos stolen from legitimate people. Their background stories often mimic the victim’s story.”

These fraud experts warn that if some online matches seem too good to be true — it’s because they are. Scam artists often pose as military personnel or successful business people who work overseas. The overseas claim is an important part of the scam because it allows them to stay in contact without meeting in person.

“They quickly profess their love to gain their victims’ trust, affection, and money,” the experts explain. “This type of fraud relies heavily on victim emotions.”

The scammer will continue to string along the victim and make false promises about paying the money back or making a serious relationship commitment. The scam ends either when the victim runs out of money or gets wise to the situation and says no.

Warning Signs of Fraud & How to Protect Yourself

Online dating is full of possibility, but it can be full of peril as well. The new person in your mutual matches could be a dream date with all the qualities you’re looking for in a long-term partner. Or it could be a catfisher toying with your emotions and wasting your time. Even worse, some fraudsters use online dating sites and apps as a forum to target lonely people and pressure them to send money.

These vulnerable individuals may not know the warning signs of an online dating scam. That’s where the CAFC comes in. Its experts have explored the online landscape and developed practical and concrete guidance for navigating new digital relationships safely.

Online daters should be cautious when it comes to exchanging information or sending photos to a stranger online. Some fraudsters use a legitimate dater’s intimate photos as blackmail, or they may post a dater’s photo as a profile picture on another account. If a user feels a strong urge to send images or videos to an online match, the safest way to do so is through a photo service like Snapchat, which automatically deletes content and notifies users if someone takes a screenshot.

Some suspicious behavior can be explained away if a person is exceptionally private, nervous, or inexperienced. But asking for money is a huge red flag no matter what the circumstances or excuses given. It is never OK to send money to an online dating match.

Individuals should also refuse any offers to send money because it could be part of a money laundering scam. In that case, accepting the money would be more than dangerous, it would be a criminal offense.

Remember that you don’t really know what’s behind a dating profile until you meet the person in person — or at least through a video chat. Online daters should set up a meeting in a public place where they feel comfortable. Coffee shops and bookstores are popular options. Our experts advise against meeting at a bar or club because drinking can compromise a person’s judgment, and it’s important to have your wits about you on a first date. If only for the sake of having a good conversation.

If a person always seems to cancel on a date at the last minute, that could indicate that a scammer is at work. Try setting up a phone call or video call as a compromise. If you’re still getting stood up, hit the block button and move on. Even if the person is legit, you don’t deserve to be ghosted like that. Don’t waste time on frauds or jerks — there is always another profile in the swiping seas!

For centuries, truth has had a hard time combatting a world full of deceit. Then the internet happened, and it became even harder to distinguish facts from fiction. Lies have become digital currency for some unsavory characters on the web, particularly on unmonitored social and dating forums. It’s too easy for an online user to make false claims and get unearned admiration from followers, viewers, or potential dates.

That isn’t a safe environment for healthy relationships, and it’s a situation that many upstanding and forward-thinking organizations are working to change.

The Canadian Anti-Fraud Centre is a trustworthy resource for finding the truth and training oneself to see through the lies that spread throughout the internet.

Its recent fraud prevention initiative has gotten a lot of views on social media, and the team hopes to see more people reaching out to report fraud or share their story as a way of helping others.

“We uphold a high professional and ethical standard, and we are committed to maintain the public’s trust and confidence,” the team told us. “It is rewarding when lost funds are returned to a victim due to our participation.”