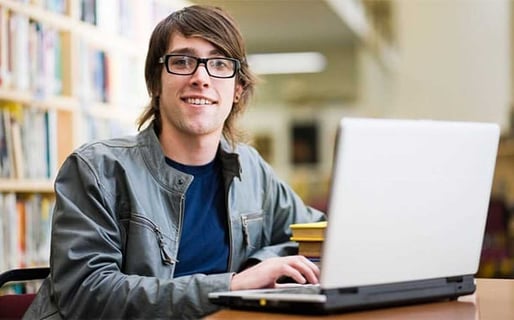 In the world of online dating, where there happens to be a number of procedures that apply to Internet etiquette, there are several things men are doing online that drive women crazy.

Most men admit they struggle with verbal communication and go online to meet women because they find it to be less intimidating. Unfortunately, guys, it seems you find it equally challenging to connect with women through online channels as well, evidenced by the many foolish things you say and do while stationed at the keyboard.

Flirts, pokes, winks, nudges and the excessive use of smiley faces, abbreviations and certain punctuation marks can cause you to make the very mistake that will end online communication rather than encourage it.

You may be a handsome, accomplished and a seemingly great catch, but if you don’t have the finesse to properly approach a woman you find attractive on the Internet, you’re doomed from the start.

When it comes to online dating, I wish there was some rule book I could share with you, one that would give you some definite answers about how to behave on the Internet when you are dealing with a woman you’re interested in.

But, women are like snowflakes — one of a kind and wonderful. We are all different and what works for one of us wouldn’t necessarily work for another.

I still want you to be successful in finding love on the Internet, however, so I have created a cheat sheet, filled with what I believe are good, sound snippets of advice.

gives you everything you need to strike up a great conversation.”

Here’s what I want you to know about communicating online:

If you can’t spell, learn. There is no greater turn off to me than a man who doesn’t even try to be grammatically correct.

2. To wink or not to wink? That is the question.

C’mon, let’s be real — winks are for wimps. You wink at her and then it’s up to her to respond. A wink is like saying, “I’m winking at you to let you know I am interested, but I am too afraid come out and say it.” I would venture to say that few lasting relationships started with a wink.

3. Winks only work after communication has been established.

It is only after you have begun getting to know someone does the wink really communicate intention. Seriously, would you ever wink at a stranger in public? I think not.

Just clicking “flirt” doesn’t qualify. When a guy I don’t know sends me a “flirt,” I never reply. I just think he’s lame.

5. If you use Facebook to meet chicks, never “poke” her.

The word itself is often used as a vulgar reference to sex. Plus, it reminds me of days on the playground when boys would run up to girls they like, pull their hair and poke them with sticks.

6. Smiley faces, when used in moderation, are cute.

If you are using them to express what you cannot say, you are in trouble. Don’t overuse emoticons. They will only make you look as foolish as their little yellow faces do!

If you find someone online you’re attracted to, go for it. Contact her directly and introduce yourself. Tell her you noticed she likes rugby and explain that you are a rugby fanatic.

Strike up a conversation about her favorite book or movie. Online profiles provide plenty of information, which gives you everything you need to strike up a great conversation with a woman you’ve never spoken to before.

Use those as conversation starters, NOT those little online nuisances previously mentioned.

Can Men and Women Have Chemistry Online?