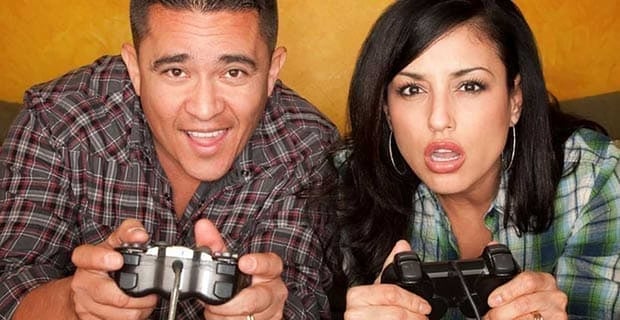 How to Date Modern Men

The modern man is a fascinating specimen, indeed. Men can be cryptic, non-communicative and downright frustrating. Keeping up can feel like riding a bike up a mountain — it’s next to impossible. Understanding a little more about the modern man will give you a head start in the relationship department.

Anthropologists suggest man’s origin can be traced back to the Neanderthal, a subspecies of human beings who existed as long ago as 300,000 years. The first human male was led by carnal impulses, an animalistic creature that possessed little more than the desire to eat, sleep, hunt, play games and procreate. At the fundamental level, modern man is still very much like his ancestors. I say this not to be mean-spirited. I’m simply suggesting that the sooner we learn to accept the basic makeup of the male persuasion, the better equipped we will be to have a trusting relationship with him.

While modern man is still very much driven by many of the behavioral qualities that persuaded the man of yesteryear, he has also evolved tremendously. Nevertheless, the question remains how have men changed their dating styles over the past 300,000 years, and what do you need to know when entering the dating field? Armed with the knowledge of what makes him tick will help advance you in your journey to find and keep your soul mate. Here are eight things you need to know about modern men that are guaranteed to shed some light on the ways of the dating world we live in.

We women of the modern world are self-sufficient, and we don’t need a man to take care of us. This may be true, but we need to recognize that a man feels emasculated when we don’t allow him to play the role of the man. Let him drive, open the jar of pickles or take charge of the finances. It makes him feels needed.

2. Men need time with the fellas.

Many women complain and nag their guy when he wants to go spend time with his friends. Don’t. Of course, if he goes out drinking and partying to excess, that’s a different story. Men need to be able cut loose and share some male bonding time with one another to feel balanced.

treat her as someone he can confide in, trust and have fun with.”

Men are biologically wired to appreciate physical activities, whether by engaging in them or watching them on TV. We might find it annoying when our man dedicates his entire Sunday to his favorite NFL team or spends the day playing rugby, but it makes him happy.

Text messages, social media sites, instant messaging and emails are a favorite among men in the early stages of dating. It doesn’t mean he is not romantic or conversationally challenged. It just allows him to express feelings from a safe distance. Indulge him and be willing to engage in ample electronic communication in the early days.

Women enjoy talking with their friends for hours. Men don’t. It’s not that he doesn’t want to hear about your day. It means there’s only so much information he can process before he begins to lose focus. Try giving him a condensed version rather than the play-by-play.

When it comes to life, women are more inclined to process things by talking about them and we value that process. Men want to get to the point. They look to identify the problem and set about trying to fix it. If he seems impatient when you’re telling him about a situation with your boss, don’t be upset. Just see rule number five.

Men are led by logic not emotion. If he seems to struggle with telling you what is on his mind, don’t get upset. Be patient and allow him the time he needs to collect his thoughts so he can verbalize his feelings effectively.

Most men have come to value their partner as an equal and treat her as someone he can confide in, trust and have fun with. He sees himself as a provider but also recognizes the importance of letting his woman pursue her own goals and dreams. Today’s man is not threatened by the woman in his life and is content to let her shine. He recognizes that his wife or girlfriend is not a possession to be ruled over but, rather, a God-given gift to be treasured.

The men of today are actually very simple creatures. Once you realize how your man operates and accept that he is cut from a different cloth than the one you were made from, you can begin to relate to him in a way that will be mutually beneficial for both of you.

How to Create the Perfect Profile

How to Meet Quality Men Online

How Senior Women Can Choose a Dating Site