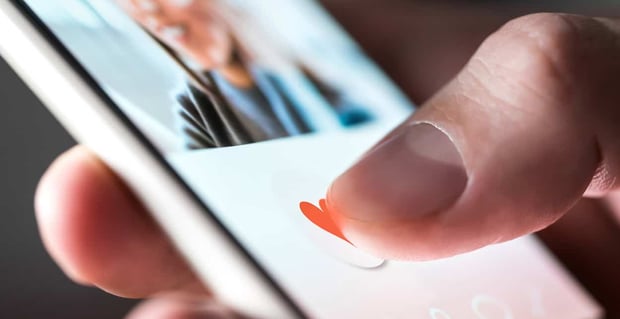 How Online Dating Has Changed Society (An Expert’s Take)

I first started online dating and coaching singles who were online dating in 1994. It was during the analog days, and, because of the enormous stigma, you didn’t tell your friends and family that you were spending time in chat rooms hoping to find a date or someone to marry.

Match and eharmony hadn’t launched, there was no Facebook, and the internet had a reputation of being a place where the socially-challenged or desperate people went to find a date.

I was told by my friends and family not to give up my day job as a technology executive, but I immediately started studying the intersection of love and technology — with the realization that finding love was going to change dramatically.

A lot has changed in the 25+ years that I’ve been working in the online dating industry. The perception in society went from negative to positive, and the stigma has dissipated to the point where it’s now socially acceptable to meet on a dating site or app. Research also supports that online dating is the easiest and most efficient way to start a relationship.

Through the decades, I’ve watched online dating go from the hush-hush subject it was to the place where it’s now a multibillion-dollar industry and is as inclusive as it gets. Here are my insights on how online dating has changed society.

1. Online Dating Has Made It Easier and Safer for LGBTQA+ Singles to Meet and Form Relationships

It wasn’t until 2015 that the Supreme Court ruled in favor of same-sex marriage requiring all 50 states, the District of Columbia, and U.S. territories to perform and recognize the marriages of same-sex couples. But dating apps took the lead in matching same-sex couples long before the ink was dry on the new legislation.

The internet is now the number one way for LGBTQ singles to meet. A study by Stanford University showed that 65% of same-sex couples surveyed met online in 2017, which is three times the number of those who met in bars. For heterosexual relationships, about 39% surveyed said they met online, as compared with 20% who met through friends.

More dating sites and apps are adding broader gender and sexual orientation identifiers beyond man or woman and straight or gay.

Grindr, which launched in 2009 and is one of the most popular male gay dating apps, was ahead of the curve. This location-based app has been responsible for helping men date other men and opened up a new marketplace for acceptance of same-sex dating worldwide.

HER, one of the most popular lesbian, bisexual, and bicurious dating apps for women, was launched in 2013 and is used in 55 countries around the world.

Other apps, known for heterosexual relationships, started allowing their members to expand their search as this trend continued to grow.

And you can define your gender in your OkCupid profile in the range of characteristics pertaining to, and differentiating between, masculinity and femininity. Those characteristics may include biological sex, sex-based social structures, or gender identity.

With polyamorous relationships on the rise, you can decide on OkCupid if you’re looking for a monogamous or a non-monogamous relationship in your profile, and this is a societal acceptance not welcome a decade ago.

2. Interracial Relationships Have Increased, In Part, Thanks to Dating Sites and Apps

Tinder reports that almost 61% of singles have dated someone outside their race or ethnicity on a variety of dating apps.

On OkCupid, you can define your ethnicity as Asian, black, Hispanic/Latin, Indian, Middle Eastern, Native-American, Caucasian, or other.

Interracial relationships are becoming more common, and online dating has played a role in that.

There’s even a niche dating site called Interracial Dating, whose tagline is “Where Love is More than Skin-Deep,” and several other interracial dating apps are starting to emerge.

With Meghan and Harry making the headlines, the world watched as the biracial couple walked down the aisle, and are now walking to their own beat.

The change in the monarchy shows how society continually changes, and these changes are reflected at every facet of life, including in dating app behavior.

3. Online Dating Has Put Politics Front and Center for Singles

Having politics join you on a date has become an everyday occurrence. Singles dating in the Trump era are putting politics front and center, and the dating apps have jumped in to help.

In my book “Love in the Age of Trump,” I explain how politics ranks higher on the dating totem pole than dating a smoker who can quit. An ongoing poll on my homepage now shows 68% would not date across party lines.

Discussing politics and religion were traditionally off-limit subjects in dating profiles and on dates. Now, the political conversation mirrors the news cycle, and everyone needs to have a point of view.

A majority of online daters have said they won’t date across political lines.

As a result, dating apps are making it easier to show your political affiliation, but many singles are taking it a step further and are wearing a MAGA hat or a T-shirt with a hashtag that says #NotMyPresident in their profiles.

Match now includes a variety of political views users can select to add to their profile, including ultra conservative, conservative, middle of the road, liberal, very liberal, nonconformist, among others. Or you can ignore the topic altogether and leave it blank.

Niche dating sites and apps now bring together people who have STIs, those with picky eating habits, and the list goes on.

On Bumble, you can let a date know if you’re 420 friendly by listing if you’re a cannabis user. Bumble provides users with the ability to go further and describe how often they smoke weed: frequently, never, or socially. Or you can skip the question entirely.

5. Married Couples Who Met Online are Celebrated by Others and Featured in Newspapers

To have your marriage announcement appear in The New York Times isn’t an easy task. The deciding factor on being approved is based on how the couple ranks in society, whether through family, employment, or college degrees.

In the early days of online dating, many people were embarrassed to say they met their partner on a dating site.

Now, almost 10% of the wedding announcements in The Times feature couples who met on dating apps, including Tinder, Bumble, Hinge, Match, among others. The fact that the announcements include which site or app the couple met on shows how much society has accepted online dating.

OkCupid ranks as the top mentioned app in The Times wedding section. It deserves to have those bragging rights, as it’s appeared more than three times as frequently as other apps.

Celebrities, including Sharon Stone, are on Bumble. Channing Tatum was spotted on Raya, and Lindsey Lohan and Zac Efron have used Tinder side by side with the girl or boy next door who are also digitally seeking love.

We can thank the many dating apps, as well as social media, for making online dating a household word.

As Society Changes, So Will Online Dating

Initially, dating sites and apps created matches based on general information such as geography and age. As society continues to change and become more inclusive, the ability to narrow down a date search based on shared politics or sexual orientation will help make better matches and will speed things up.

The online dating industry will continue to grow, and it warms my heart to see that society has caught up to welcome technology with open arms.

Badoo: Review of the App & Site — (Plus Our Top 3 Alternatives)